Following news that global reinsurer Swiss Re is in talks with SoftBank over a minority investment in the reinsurer, and rumours that XL Group is an M&A target for large re/insurers, analysts at Keefe, Bruyette & Woods (KBW) have questioned the potential for a deal between Swiss Re and XL Group. 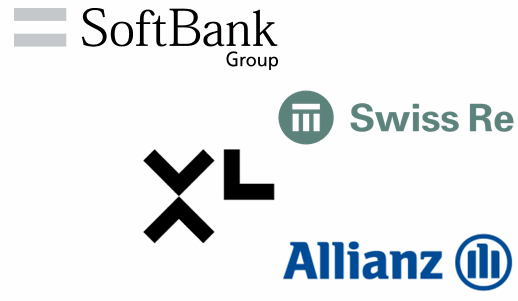 Merger and acquisition (M&A) activity has dominated insurance and reinsurance industry news recently, primarily driven by confirmation that Swiss Re is in talks with Japanese tech conglomerate and telecommunications specialists SoftBank, while XL Group is reportedly being targeted by large insurers and reinsurers, such as Allianz.

Some industry reports suggest that global insurer Allianz has made an approach and preliminary talks are said to be underway with XL. However, so far nothing has been confirmed, and in a recent global research note KBW analysts question the potential for an Allianz / XL deal, as well as a deal between Swiss Re and XL.

“To our knowledge, Swiss Re has not been linked directly with XL Group. But we received incoming from a number of investors noticing the coincidence of these two press articles and the explicit reference to other parties looking at XL Group other than Allianz,” explains KBW.

According to KBW’s analysis, XL is roughly a tenth the size of Allianz and a third-to-half the size of Swiss Re, which suggests that for Allianz, XL would be a “large bolt-on,” but for Swiss Re be “transformational.”

KBW analysts believe it’s “extremely likely” that Swiss Re would be looking at opportunities to deploy fresh capital it raised from SoftBank, and while the range of possibilities is huge, reports that numerous large re/insurers are looking at XL has driven industry discussion.

Interestingly, KBW offers some context surrounding a deal between both XL and Allianz and XL and Swiss Re, highlighting both synergies and dis-synergies, using existing KBWe / consensus and stressing the offer of context, not detailed predictions.

Analysts note that XL’s focus on non-life business would shift Allianz’s earnings mix more towards non-life, but for Swiss Re XL’s non-life focus would have a greater impact, reducing the reinsurer’s life reinsurance capital from more than half to roughly 40% of earnings.

“Qualitatively, XL Group could be more transformational for the non-life activities of both Allianz and Swiss Re,” explains KBW.

For both Allianz’s reinsurance unit, Allianz Re and its Allianz Global Corporate & Specialty (AGCS) division, XL would materially increase business, says KBW. While for Swiss Re, XL would transform its emerging corporate solutions division into a material business segment.

“We would expect the impact to be greater to profits than volumes, as Swiss Re would acquire transformational economies of scale and expertise from a well-established franchise that it has so far struggled to create,” says KBW.

The analysts assume Swiss Re raises $10 billion of fresh capital from SoftBank, and uses the funds to partially finance a takeover of an XL-like operation. For Allianz, analysts assume a takeover of XL “at the same hypothetical price financed from a mixture of internal resources, subordinated debt and fresh equity.”

Using the above metrics, KBW analysis shows that before synergies for both Allianz and Swiss Re, the return on investment could be ~9%, ignoring interest costs.

Overall, analysts show that cost synergies vary across the two potential deals, by just ~10% in Swiss Re’s favour, at $481 million, compared with $438 million at Allianz, pre-tax.

At the same time, KBW warns that dis-synergies “are potentially greater for Swiss Re owing to the huge potential overlap in their reinsurance businesses.”

“In terms of the outcome, however, the Swiss Re structure inevitably leads to significantly greater earnings accretion, 16% versus 8% for Allianz using consensus numbers.

“The range of possibilities here is huge. But we think our conclusion should be intuitive: Swiss Re would be making a relatively larger acquisition financed by a discounted cost of equity converted into a cash bid,” says KBW analysts.