It has been announced that Lloyd’s post-Brexit European base in Brussels will be lead by Sonja Rottiers as Chief Executive Officer. 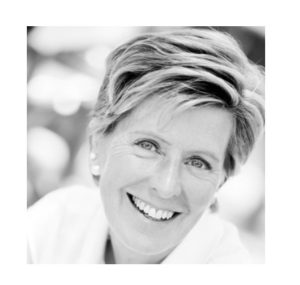 This appointment follows the recent departure of Lloyd’s Brussels’ previous CEO Vincent Vandendael, who played a key role in its’ successful establishment.

Rottiers will also serve as Lloyd’s Regional Director for Europe, Middle East and Africa, and will take up her position in February.

She brings 30 years’ experience in the Belgian financial services industry, including senior leadership positions in insurance and banking.

Most recently, Rottiers was a non-executive board member for ING Belgium, and member of the board of directors for Kinepolis NV Group and Leasinvest Real Estate.

Previously, she was Chief Finance and Data Officer and Executive Member of the Board of Directors of AXA Belgium.

“I am delighted to welcome Sonja to Lloyd’s,” said John Neal, Lloyd’s CEO.

“Her wealth of experience across the financial services industry and in leading companies ensures she is well positioned to drive our business forward in Europe.”

“Lloyd’s Brussels marks a major milestone for Lloyd’s. Now that it is already placing and processing European business, Sonja will focus on ensuring that it is also well positioned to grow as a customer-focused European insurance company.”

Commenting on her appointment, Sonja said, “I am thrilled to have the opportunity to join Lloyd’s at this exciting time in its history.”

“The European risk landscape is changing, and there is increased demand for the specialist risk solutions that Lloyd’s excels at.”

“I am looking forward to the new opportunities that Lloyd’s Brussels will bring to the market, and to help grow our business in the continent.”

Furthermore, Lloyd’s Brussels has announced two additions to its’ Board of Directors, with Michel Flamée appointed as Chairman of the Company and Christian Noyer joining as Non-Executive Director.

Flamée was a member of the Board of Directors of National Bank of Belgium, and Chairman of the Belgian Centre for Arbitration and Mediation (CEPANI).

Throughout his career he sat in the boards of various regulatory bodies, including the European Insurance and Occupational Pensions Authority (EIOPA).

Noyer, meanwhile, has been Honorary Governor of the Bank of France since 2015 following a ten year period as the Governor.

He is also a member of the French Fiscal Council and an advisor to the French Government on issues related to Brexit.

She will take up her post in January and joins from Axa Corporate Solutions in France, where she was Head of Underwriting Cargo.

Assurant posts Q4 nat cat losses of up to $150m

Assurant, a global provider of risk management solutions, has released a fourth quarter catastrophe loss estimate of between $110 million...