Lloyd’s of London has announced that its Chief Commercial Officer (COO) of nearly six years, Vincent Vandendael, is to leave the company. Vandendael is to join Everest Insurance as Chief Executive Officer (CEO) of International Insurance in early 2019. His departure date has yet to be confirmed. 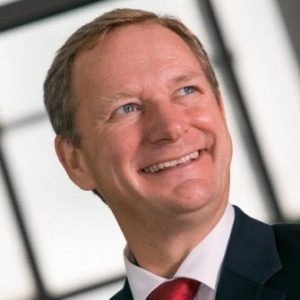 Since joining Lloyd’s as COO in December 2012, Vandendael has been responsible for all business development whilst leading the 31 office global network that supports the Lloyd’s licences to operate in over 200 territories worldwide.

“We have seen strong and steady growth in established territories like the U.S, whilst building and developing Lloyd’s presence in China, Dubai and Singapore and winning new licences for the Lloyd’s market in countries that include Colombia, India and Morocco.”

Vandendael has played a key role in establishing Lloyd’s Brussels subsidiary, which is due to open in 2019 ahead of the UK’s exit from the European Union.

With plans for Lloyd’s Brussels now well advanced, Vandendael will be working with the team over the coming months to transition his responsibilities.

“Vincent has energetically and enthusiastically flown the flag for Lloyd’s in every corner of the globe over the past six years,” added Beale. “He will be greatly missed by the market and by everyone here at Lloyd’s. I have very much enjoyed working with Vincent and wish him every success in his new role.’

Commenting on his departure, Vandendael said, “Lloyd’s is a tremendous global brand and it has been a privilege to work with such a talented and committed team over the past six years.”

“Although I have decided it is time for me to move on, I look forward to seeing the Lloyd’s market continue to go from strength to strength in the years ahead.”