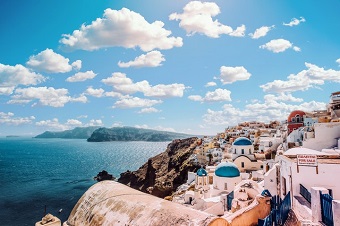 The new unit, called SSL Endeavour Cyprus & Greece, will be headed up by a team including Non-Executive Chairman George Tsavliris, with Manos Sofronis as CEO and Nicolaos Tzimas as Executive Director.

The Greek office has been in existence since 2007, under the brand of independent specialist marine broker SSL Insurance Group, which was merged with Endeavour Insurance Services in a deal backed by JC Flowers last year.

Headquartered in Cyprus with a branch office in Athens, SSL Endeavour Cyprus & Greece will continue to operate as before under the ongoing licence arrangements with the Greek authorities.

“George, Manos and their team bring with them exemplary shipping and insurance knowledge, very close relationships with both communities and their clients, and I am very confident that they will guide SSL Endeavour Insurance Brokers Ltd into new and exciting era of expansion into regional marine and non-marine lines,” said David Lawrence, CEO of SSL Endeavour Group.

“Not only does the formation of this new company ensure continuity of service for our clients regardless of the outcome of Brexit, it also gives us the continued opportunity to expand through both portfolio acquisitions and organic growth, offer new lines of insurance business and develop our wholesale strategy leading to retail distribution,” he explained.

Tsavliris also commented: “I am absolutely delighted to be part of this new, exciting business; the newly formed company will be one of the few true international Lloyd’s brokerage houses based in Greece and Cyprus specialising in both Marine and Non-Marine classes of business, and this gives us a distinct differential and advantage over many of our peers.”

“We pride ourselves on our quality of broking and claims service to shipowning and other insureds on a 24 hour basis and we have built up a wide network of people servicing our clients,” he added.

Sofronis further stated: “I established the Greek SSL office in 2007 and since then we have made significant inroads in the Greek shipping community, concentrating on all classes of Marine business to become a dominating force in the market and securing a substantial book of major fleets.”

He continued: “Our clientele ranges from some of the largest blue chip shipowners and US listed companies, to smaller more traditional shipping families, and we have raised our profile into the global shipping market and opened doors to some of the best shipping companies both in Greece and overseas as well.”

Capital One, the U.S. and global banking and personal finance group, has disclosed a $400 million cyber insurance tower that...