The Evergreen container ship currently blocking the Suez Canal after plunging one of the world’s busiest trade routes into chaos could be carrying goods worth $89 million and threatens to create more than $40 billion dollars of trade disruption, according to analysis from Russell. 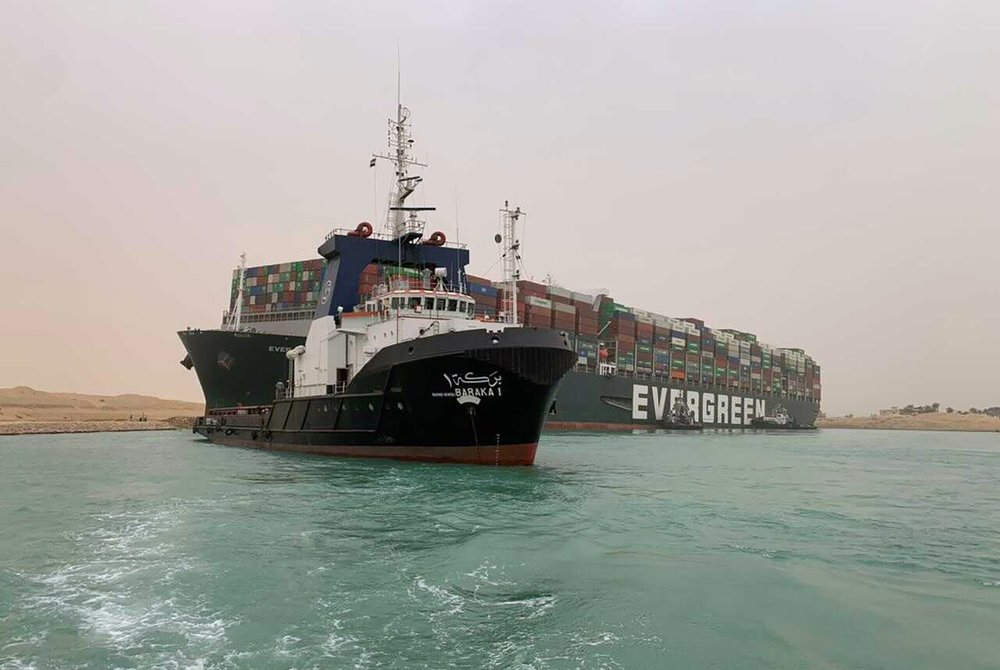 Reports on the still-unfolding event say rescue boats are working to free the huge 400m-long vessel after it had been knocked off course by strong winds and causing the hull to deviate before accidentally hitting the bottom and run aground.

Importantly, Russell MD Suki Basi claimed the disruption highlights how global trade has become dependent on these ‘mega ships’ and how any disruption in trade routes can leave many organisations and their (re)insurers significantly exposed to Business Interruption risks.

In the 150 years since the canal was built, the route has served as an artery connecting the Mediterranean with the Red Sea, and provides an avenue for vessels to pass between Asia and the Middle East and Europe.

On average, nearly 50 vessels per day pass along the canal, although at times the number can be much higher than that – accounting for some 12% of world trade.

Russell analysts note how the canal is particularly important as an avenue for oil and liquified natural gas, enabling shipments to get from the Middle East to Europe.

However, the wider potential disruption due to delayed shipments are expected to impact technology and automotive companies such as Huawei, Airbus and Fiat Chrysler, because of their exposure to commodities such as Integrated Circuit Boards that are annually exported from Yantian port to Rotterdam.

The 220,000-tonne, 400-meter long container ship, registered in Panama, was on its way to Rotterdam from the Chinese port of Yantian.

Analysts expect insurance companies and their data providers to be monitoring the grounded ship with some interest not necessarily because of any damage to the vessel but because of the nature of the cargo on board.

“Coming on top of the global pandemic and recent disruptions to global auto production caused by other events, this latest blockage shows that insurers and their risk partners increasingly need to follow the money when assessing their underlying connected trade risks,” Russell MD Suki Basi concluded.