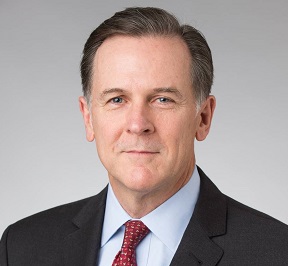 In a letter to shareholders, Hicks addressed the challenge of writing catastrophe business in the current competitive pricing environment, and as the risk of more frequent and severe catastrophes increases.

His comments followed the release of Alleghany’s full-year 2018 results, which saw the company post an underwriting loss of $161.5 million for the full-year 2018, primarily driven by $657.7 million catastrophe losses, $500.1 million of which were incurred by TransRe.

Hicks attributed the losses in part to the effects of climate change, with elevated levels of catastrophe claims compounded by a highly competitive pricing environment and volatile investment markets.

“It is important to understand that insurance and reinsurance companies, for the most part, adjust their prices and exposures on an annual basis,” Hicks explained.

“So as the cost of risk increases (or has a chance of increasing) due to climate change, our industry’s response will be either to increase the price of (re)insurance or, if this is not possible due to excessive levels of competition, to reduce the exposure that we take.”

He continued: “We believe that due to macroeconomic conditions and structural changes in the (re)insurance industry, property pricing has not been sufficient for insurers and reinsurers to generate an appropriate return, especially given the rising risks associated with climate change. Our response to this has been to reduce our exposure.”

Hicks was more optimistic about the outlook for casualty lines and the other non-property risks that TransRe and Alleghany’s insurance arm, RSUI Group, write.

He noted that some of TransRe’s competitors posted particularly poor results in 2018 for these lines of business and are undertaking significant underwriting, pricing and exposure management changes to improve profitability, which should contribute to improved market conditions going forward.

The CEO was also hopeful about the prospect of reinsurance rates increasing further into 2019 as investors retreat from the alternative capital market due to losses incurred over the last two years.

“Some retro providers in particular have suffered very severe losses,” Hicks noted. “Retro pricing has increased significantly, which is forcing reinsurers to choose between lower profitability or writing less risk.

“We expect that most will choose less risk, especially as we move into spring and summer renewals. This should cause reinsurance pricing to increase.”

Increases were offset to some extent by higher ceded premiums written due to an increase in retrocessional coverage purchased in 2018 and a reduction of TransRe’s quota share treaty participation.

The performance of certain reinsurers based in Hong Kong has received a significant boost thanks to favourable regulation changes in...