On average, the company believes that reinsurers must be inflating prices by at least 5-10% for program placements, with inflation found to be present and substantial across the board, even on programs that are not a short placement.

Tremor argues that if a broker is able to convince reinsurers to eventually provide more coverage on a placement, then the insurer was not getting their best offers the first time around.

For example, if a broker manages to fill a program when initial authorisations only covered 85%, it suggests that reinsurers were withholding at least 15% of what they could have authorised on a program.

By mapping out the difference between initial and final authorisations, Tremor data shows that, in this instance, reinsurers are commonly inflating their initial indication of supportable pricing by at least 7.6% on average. 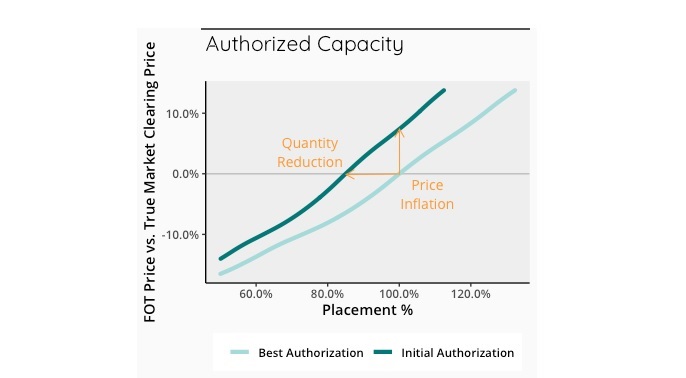 Moreover, if brokers regularly fill programs that are initially 85% placed, may simply be a signal that firm order terms were so high that a program filled in spite of the fact that reinsurers were withholding supply.

“A traditional placement is simply a brokered negotiation, so you should fully expect reinsurers to have built additional margin into prices considered in their initial authorizations,” explained Sean Bourgeois, Founder & CEO of Tremor Technologies.

“In contrast, placements on Tremor leverage the latest smart market technology that prevents and penalizes this behaviour,” he continued. “Reinsurers are always allocated at the market clearing price, and those that do inflate pricing in their bids will ultimately lose out with smaller allocations.”

Tremor previously used oversubscription as a metric to calculate inefficiency in traditional market placements, and reported that even a moderate oversubscription can have a significant impact on the cedent’s cost.

For example, a program that is oversubscribed by 25% is likely priced at least 10% above the price at which it would have precisely filled.

Tremor argues that oversubscription means cedents are unable to optimally price their risk, forcing those who do transact to pay more and possibly pricing other cedents out of the market entirely.

HDI Global Specialty SE, a joint venture of reinsurance giant Hannover Re and HDI Global SE, has announced its move...