Tremor Technologies, Inc., the online reinsurance pricing and placing platform, has announced the release of a new version of its marketplace, in addition to a revamped logo and branding.

Tremor Marketplace 2.0 is designed to provide users with greater interactivity and a more intuitive user interface, boasting features such as a graphical interface and interactive charting.

“Bringing modern risk transfer capabilities to the reinsurance marketplace by optimally matching risk to capital using modern trading technologies has been our focus from day one,” explained Sean Bourgeois, Founder & CEO of Tremor.

“Today, we are very pleased to announce the latest design iteration of our market leading platform, Marketplace 2.0,” he continued.

“Buyers and sellers of reinsurance will now experience a State of the Art user experience on par with the most advanced and sophisticated capital market trading platforms in the world, further separating Tremor from the pack as the de facto reinsurtech market leader.”

In conjunction with releasing Marketplace 2.0, Tremor has also refreshed its brand and logo, opting for a contemporary colour palette and a dark-mode trading environment to modernise its trading experience.

Marketplace 2.0 is now available to insurers and reinsurers trading on the Tremor platform and will be ready for use during the upcoming January 1 renewal season. 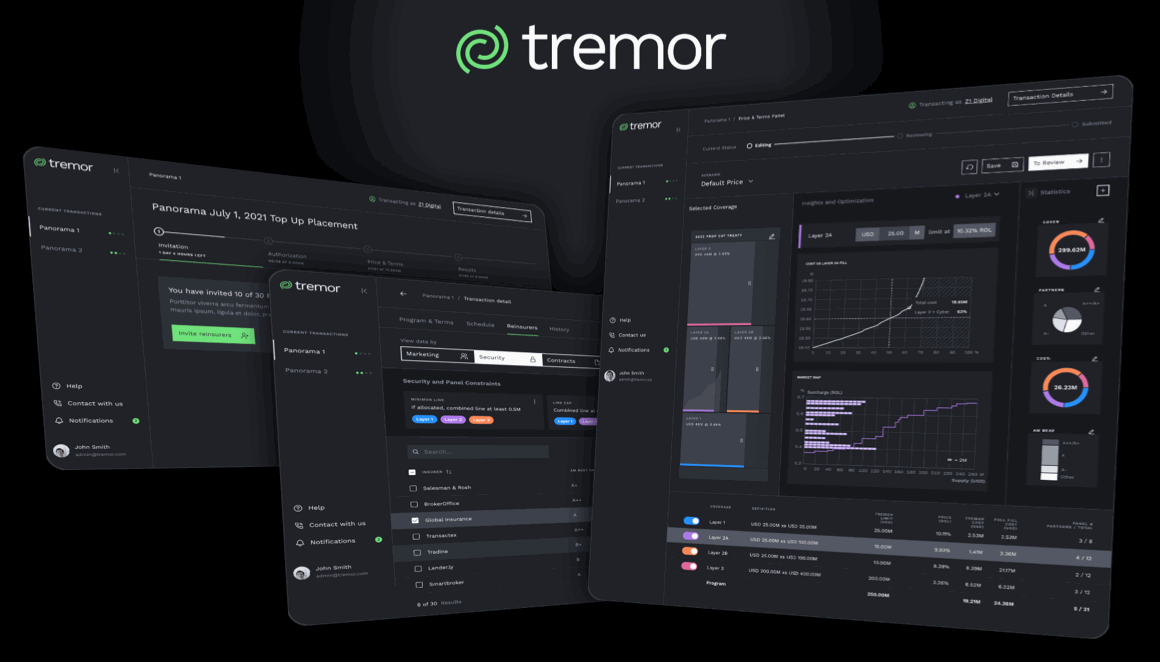 Tremor notes that 2021 has been its most successful year to date, with client count and volume set to triple.

The firm surpassed $500 billion in reinsurance capital last month after signing its 115th reinsurer to its marketplace, and over two thirds of Lloyd’s capacity is now available via the platform, a figure equating to $33 billion.