Trend in secondary perils has been evident for decades: Prospectus 2021

The trend of so called secondary perils such as wildfires, severe convective storms (SCS) and floods, increasingly contributing to re/insurance industry losses has been evident for the past few decades, according to Andreas Weigel, Weather Perils Lead, Swiss Re. 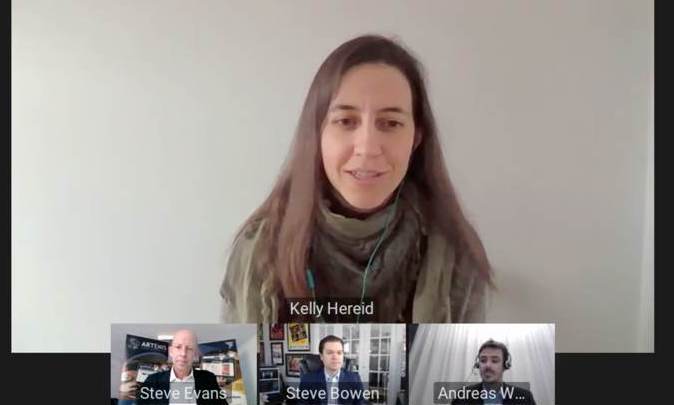 Over the past decade or so, secondary perils have become an increasingly hot topic across the insurance, reinsurance and insurance-linked securities (ILS) markets, driven by their growing contribution to annual insured losses from natural catastrophes.

For many, secondary perils brings to mind the rise in SCS-related losses over the past ten years or so, and perhaps most notable and certainly more recent, is the significant level of wildfire losses in Canada, parts of the U.S., and Australia since 2015.

Panellists agreed that 2011 and 2017 were both watershed events, in the sense that both years saw a substantial rise in industry losses from secondary perils.

However, according to Weigel of reinsurance giant Swiss Re, this trend of rising re/insured losses from these types of events has been occurring for quite a while.

“One thing that I want to highlight is that when you take a look further back, say over the past 40-50 years, and look how did inflation-adjusted insured losses develop over those past decades, then you see that the losses due to secondary perils have since then increased by a factor of about 10,” said Weigel. “It’s very interesting when you do the same analysis on the losses resulting from primary perils, then you also see that they have been increasing roughly by a factor of 10 in that time interval.”

He continued to highlight reports that secondary perils now account for around 60% of the total losses from natural catastrophes. And, while this might seem high, according to Weigel, year-by-year evaluation over the past decades shows that it has always remained in the range of 50% to 80%.

“But, essentially, what is really striking is that this trend in secondary perils actually has been going on for a few decades. And, if you take them all together into one bucket, it has been relatively steady,” explained Weigel.

Adding: “For the primary perils, it’s not that immediately evident because you have these strong year-to-year variability; a year when something happens, then a few years where it gets a bit calmer.

“But for us, the most worrying or striking thing is that we have generally this increase of natural peril insured losses, which go in sync between secondary perils and primary perils. And, it is something we have been aware of for a long time but I agree, 2011, 2017 were really watershed events to just visualise that again.”

So, it’s apparent that overall, the secondary perils trend isn’t actually that new and clearly, is expected to remain a significant and growing part of industry-wide losses for insurers and reinsurers. But looking forward, is there anything in particular that stands out as a peril that is going to become rapidly more impactful?

“To me, we have some situations where the change in losses in recent years has outpaced the maturity of the models that we use to handle those,” said Hereid. “Personally, I get a lot of phone calls about wildfire and SCS because those models, although they have existed for a number of years now, are comparatively more immature relative to our older hurricane and earthquake models.”

Additionally, said Hereid, flood is another peril that is changing at a rapid pace and one that brings about difficulties from a management standpoint.

“It’s (flood) got a mix of catastrophe but also attritional perils, right. You’re trying to manage storm surge at the same time as you’re trying to manage sunny day flood. And, we have tools that can get at different pieces of these at different times and it makes it really difficult to get that right, in a big picture sense, to integrate your flood risk across multiple perils across an entire portfolio.

“So, to me, those are the ones where the modelling is less mature than what we would like to be able to do with the market today,” noted Hereid.

For Bowen of global insurance and reinsurance brokerage Aon, SCS is very much the most concerning peril.

“Just because, we tend to think that tropical cyclones dominate overall annual losses, but in fact when you plot everything out, you see much more volatility on an annual basis with tropical cyclones than for SCS, which is basically almost a linear growth upwards.

“We really do see this consistent growth, in terms of losses every year, and a lot of that is driven by hail. In any given year in the US, hail accounts for roughly 50% to 80% of all claims, and that’s a non-negligible number. This year, especially, I don’t think people necessarily realise and appreciate just how significant thunderstorm losses have been, not just in the United States, that’s where most of the losses have occurred this year, but also in Australia they’ve had a number of big hail events as well.

“But overall, for the peril, I think that SCS is probably the most concerning from an overall loss perspective, in terms of how that’s going to continue to grow in the future,” said Bowen.

Adding: “I also highly agree with the wildfire peril as well. I do like that the Kelly mentioned flood, because I think that one area that’s increasingly becoming important, not just in the US but especially globally, is flood.

“Japan has seen a number of multi-billion dollar industry losses in the past couple of years from flood events. A lot of it is not directly tied to tropical cyclone, but several of them have been. One area around the protection gap, and I know it’s a phrase that we’ve all heard quite extensively over time, but I think that we’re seeing more and more of these high intensity, high frequency rainfall events, which is really drastically increasing the costs around this.

“And, as we continue to see sea levels rising and more of the sunny days / nuisance flooding, I think we’re going to have to see a lot more of an evolution in terms of how we view the risk, and how we start to come up with ways to better insure that risk. Because as we all know, those flood costs are not going down either.”

AbsoluteClimo has announced an enhanced version of its global risk models GOTCHA and ClimoCats, both of which are linked to...