The UK government’s Ministry of Justice has announced intentions to introduce the Civil Liability Bill into the House of Lords, which is designed to address needed reforms to both the Ogden discount rate and whiplash claims. 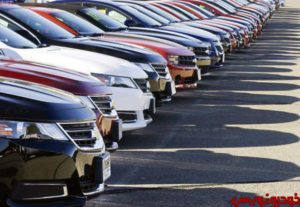 In early 2017, the Ogden rate (also known as the Personal Injury Discount Rate, and which enables a discount to be given in the claim settlement to account for investment income in lump-sum payments in an effort to ensure claimants receive the right compensation) was cut from 2.5% to -0.75%, a move that surprised many UK motor insurers and reinsurers, and which the British Insurance Brokers’ Association (BIBA) says, “assumes claimants lose rather than gain income from investing a lump sum – did not reflect real investment decisions.”

At the same time as reforms to the Ogden rate, the Civil Liability Bill will cover whiplash reforms, which looks to reduce the volume of fraudulent whiplash claims and lower the cost of soft-tissue claims in general, and which the government believes could reduce motor premiums by £35 per policy.

In response to the government’s announcement and the expected introduction of the Bill, a number of industry participants have commented, including Huw Evans, Director General, Association of British Insurers (ABI).

“If passed, these proposals would be great news for motorists. People and businesses are paying more for their motor insurance than ever before and we need changes to the law to tackle some of the root causes. Soft tissue injury claims have been rising year on year since 2014 as cold calling claims firms have thrived, driving up the cost of insurance.

“This Bill will ensure people in England and Wales receive fair compensation while reducing excess costs in the system. In a competitive market such cost benefits get passed through to customers, as they did after previous reforms in 2012 when average motor premiums fell by £50 over the next two years.

“The sensible new framework proposed for the personal injury Discount Rate would also deliver a system that is fair for customers, claimants and taxpayers. It is now important that Parliament agrees these proposals swiftly so people across England and Wales can start to see the benefits,” said Evans.

Commenting on the Ogden rate, analysts at Deutsche Bank note that once the Bill is approved, the Ogden rate will be set by “reference to expected returns on a low risk diversified portfolio rather than on a very low risk investment as is done currently.”

The Lord Chancellor, who is responsible for setting the rate, will review the rate every three years, and the Ministry of Justice has already stated that it will promptly review the rate once the new Bill is passed.

“The increase in the Ogden discount rate from its current -0.75% level has been widely expected and therefore most motor insurers have already been reducing the prices to reflect this change. However, now insurers will also be able to release some reserves from their back books to reflect the higher rate,” explains Deutsche Bank.

Amanda Blanc, Chief Executive Officer (CEO), AXA UK & Ireland, commented: “The Government’s announcement today on the discount rate strikes the right balance between under and over compensation. Fairness and transparency for personal injury compensation is something that everyone can agree on, it is only right that it works in everyone’s best interests. This sense of fairness is also seen in the Government’s commitment to stand by honest motorists in introducing whiplash reforms.

“These reforms will drive the worst behaviour out of the market, protect honest motorists, reduce the cost of insurance and we of course commit to passing on any savings to every motor customer.”

Graeme Trudgill, Executive Director of BIBA, added: “BIBA welcomes this legislation which aims to bring about fair, 100% compensation for personal injury claims and should help millions of policyholders by reducing the pressure on the cost of insurance. The legislation is also needed to assist with the unintended consequence of underinsurance, created when the discount rate changed so significantly a year ago.”

Ultimately, reforms to the Ogden rate being introduced through the new Civil Liability Bill will create an improved and fairer system of setting the rate, while ensuring full compensation is received.

Regarding the whiplash reforms, Justice Secretary David Gauke, said: “The number of whiplash claims has been too high for too long, and is symptomatic of a wider compensation culture. We are putting this right through this important legislation, ensuring whiplash claims are no longer an easy payday and that money can be put back in the pockets of millions of law-abiding motorists.”

Steve White, BIBA CEO, said: “The bringing forward of this Bill covering both whiplash fraud and the way the discount rate is calculated is clear evidence of Government listening to the carefully considered concerns from the insurance industry and taking forward recommendations in our Manifesto.”