United more likely to call on reinsurance after $20 million losses

United Insurance Holdings (UPC) has announced second quarter pretax losses of about $20 million, meaning any future losses up to another $30 million will automatically be ceded to reinsurers, as its catastrophe aggregate reinsurance programme retention of $30 million has now been blown. 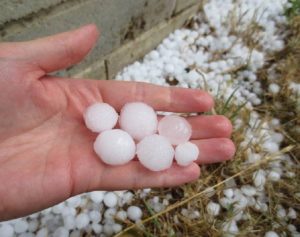 The firm’s catastrophe aggregate reinsurance programme provides cover for up to $60 million in losses for natural disasters excluding named windstorms or earthquakes.

The insurer also announced expenses from its merger with American Coastal Holding Company, which was completed on April 3rd, 2017, of approximately $7 million of nonrecurring professional fee expenses.

UPC is just the latest of a number of primary insurers to report that the aggregation of severe convective storm losses are eating through their retention in 2017, suggesting reinsurance support could be called on by a number of companies as the year progresses.

Re/insurers investment in tech to increase with focus on AI: Moody’s

The Internet of Things (IoT) and Artificial Intelligence (AI) are becoming focal points for re/insurance investment, after 90% of firms...