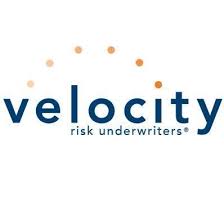 The firm is licenced in 50 states as a general agency and underwrites property programs via A rated carriers.

In the aftermath of hurricane Harvey and Irma in 2017 and hurricane Michael last year, the firm states that its Claims unit helped clients start to recover within days of the storm, finalising claims faster than many other carriers.

“Velocity Claims is dedicated to providing all customers timely, accurate and friendly claims service on day-to-day claims, as well as catastrophe events, and we have a proven track record of performance that you can rely upon,” said the firm’s Chief Claims Officer, Rob Harden.

“We’ve started visiting with agents and brokers in coastal communities, and they look forward to having a well-backed, financially stable insurer available to their customers. We know last summer was difficult for many homeowners in North Carolina who were affected by Hurricane Florence. While we hope another storm of this magnitude never hits the eastern seaboard again, if it does, we will be ready.”

The Blockchain Insurance Industry Initiative (B3i) has announced the addition of three new shareholders, which, alongside existing investors are participating...