We need to be disciplined & nimble in our approach to the market: SiriusPoint’s Scott Egan

SiriusPoint’s CEO Scott Egan has said that the firm must be disciplined in its risk appetite and nimble in its approach to the market as it looks to restructure its underwriting platform following a net loss of $98 million for the Q3 period. 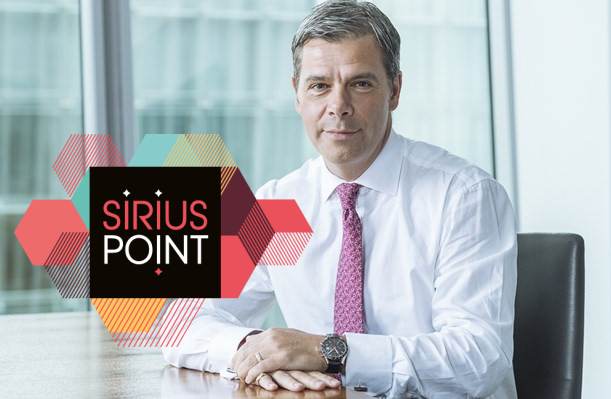 SiriusPoint reported an underwriting loss of $47m in Q3, on a combined ratio of 107.7%, after taking $115m of catastrophe losses, worth 18.7 percentage points on the combined ratio, including $80m of losses related to Hurricane Ian.

Following this, SiriusPoint announced plans to close three offices from which it underwrites property catastrophe reinsurance, as well as the intention to reduce its footprint in two more.

When discussing the reasoning behind the restructuring, Egan, in an interview with Reinsurance News, stated, “We significantly reduced our property catastrophe reinsurance exposures in 2022 due to poor historical performance, increased volatility, and inadequate returns on capital.

He also spoke on the company’s awareness of the impact the changes had on an individual level within the business, adding, “It wasn’t a decision taken lightly. This is the culmination of detailed analyses and discussions about the best future for SiriusPoint.”

Egan’s view on the path to underwriting profitability is clear-cut, as he affirmed his intent to ensure the firm leverages its specialisms across the business.

He said, “We need to be disciplined in our risk appetite, nimble in our approach to the market, and I want to make sure that we leverage our specialisms across insurance, reinsurance, and distribution. I have been very clear that I think SiriusPoint could and should be performing at a higher level, but we are making progress. Both our reduced catastrophe volatility and improved non-catastrophe underwriting performance are reflective of the significant re-underwriting that has occurred since the merger last year, which has only been through one January renewal cycle.”

“Our Hurricane Ian losses compare well against our peers – we’re an outlier there in a positive way – as do our overall cat losses for the quarter. Our teams are focused now on the basics – risk selection, pricing, finding the right parts of the market to concentrate on. We are also keeping the bar high with our MGA partners. I hope to see improvements in our performance gain momentum with the changes to our underwriting platform and approach,” he added.

On the topic of renewal expectations, Egan told this publication that SiriusPoint plans to grow its book of business in specialty lines, casualty, A&H, and select instances of property catastrophe.

As for catastrophe appetite at the renewals, Egan suggests that the significant, increasing effects of climate change, poorly modelled perils, and the challenges faced by the catastrophe reinsurance market since 2016 have resulted in lacklustre performance, increased volatility, and inadequate returns on capital.

He added, “You only have to look at the announcements over the last week, and there were plenty more before that, to see the direction of travel for reinsurers. Inevitably, that leads to opportunities for those who are willing to take them.

“We will be deploying capacity at 1/1 from our Bermuda and Stockholm teams and will hold some aggregate for the 4/1s and 6/1s where we expect hard market conditions will continue and may accelerate.”

When asked about SiriusPoint’s ambitions in third-party capital, specifically, to manage or use it more readily, Egan highlighted the team’s deep expertise in the ILS space, noting the firm is an active user of ILWs and third-party capital providing retrocessional protection to it.

Though he observed, “At this point, we are focused on improving our operations and optimising the risk we take on our balance sheet before we turn to consider participating as distribution and underwriting in the ILS space.”

Egan concluded, “At six weeks in, my ambition is very much to get to know the business we have inside out, so it’s too early to say if medium- or longer-term we will consider more focus on third-party capital.”