Cyclone Idai, which last month cut a path of destruction through the southern African countries of Malawi, Zambia and Zimbabwe, has been estimated by the World Bank to have inflicted over $2 billion in economic losses. 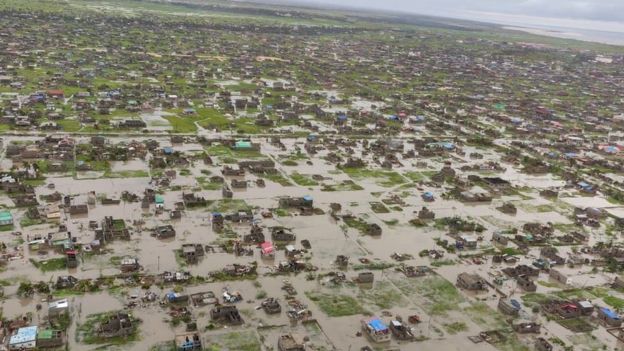 Vast areas of land were submerged by torrential rainfall released by the Category 2 storm, which made landfall late into the night on March 14 with 175 kph winds.

While it’s highly probable that the death toll (which has been estimated by some sources at around 1,000 people) will never be fully determined, the World Bank says roughly 3 million people have been affected by the disaster.

This $2 billion economic loss estimate, which is likely to rise in the coming months, came as World Bank Governors from across the globe convened for a high-level round table to discuss recovery and resilience in the three affected southern African countries.

Participants discussed the importance of a “well-coordinated and rapid humanitarian and development response to the affected countries.”

This loss estimate follows Aon’s finding that flooding events across the world in the month of March resulted in economic losses of roughly $8 billion.

The multi-billion dollar impacts from Idai, as well significant flooding events the United States and Iran, were found by Aon to have been enhanced by infrastructure unable to handle the large scale of water inundation.

The European Parliament has voted to adopt an agreement reached between the European Union (EU) institutions regarding the review of...