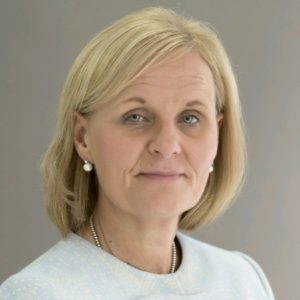 The transition is due to be implemented in the fourth quarter of 2018, and will also see Blanc take over as a member of Zurich’s Executive Committee.

While at AXA, she was also a member of the Global Property and Casualty Board, and led AXA’s Global SME initiative.

Additionally, she is a member of the Board of the Association of British Insurers, currently chairs the Insurance Fraud Bureau, and was President of the Chartered Insurance Institute.

Mario Greco, CEO of Zurich, said: “In Amanda we have identified a high-impact proven people leader with deep experience and knowledge. Throughout her career in commercial insurance, broking and consulting, she has consistently demonstrated a keen focus on customer needs, people engagement and profitability.

“Amanda is also an outspoken thought leader on the impact that digital capabilities will have on our markets. She’ll be a strong addition to the Executive Committee.”

Shaughnessy will maintain other duties with Zurich, but has decided to step down from his full-time role to better balance his health, work, family, and personal commitments after being diagnosed with Parkinson’s disease several years ago.

He was appointed CEO EMEA in July 2016, before which he was CEO Global Life, and joined Zurich in 2012 as CEO of Zurich UK Life.

Greco added: “Gary is a passionate, values-based leader who embodies Zurich’s focus on people and customers. I’m especially grateful for the pivotal role that he has played in creating an integrated and successful EMEA organization. We fully support Gary’s decision and are pleased that he has agreed to stay engaged with Zurich.”

Following the transition, Shaughnessy will continue to serve as a strategic adviser to Zurich and as a member of various European subsidiary boards, including Zurich Insurance plc and Chair of Z Zurich Foundation.