Insured losses resulting from Hurricane Michael, which tore into the Florida Panhandle with high-end category four wind speeds on Wednesday, are estimated to reach $8 billion, according to catastrophe modeller Karen Clark & Co. 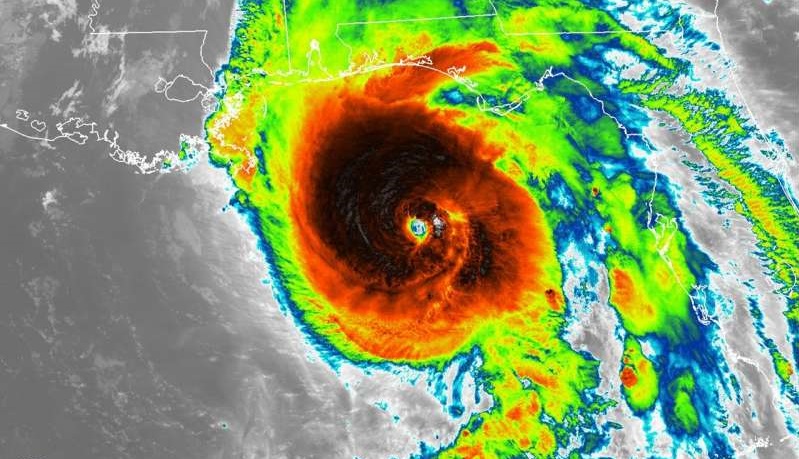 This figure is almost double that of CoreLogic’s $4.5 estimate released yesterday and includes the privately insured wind and storm surge damage to residential, commercial, and industrial properties and automobiles. It does not include NFIP losses.

After making landfall at Mexico Beach, Florida with wind speeds of 155 mph – the equivalent of an EF-3 tornado – Michael impacted a narrow area through Bay County and resulted in extensive wind-related damage across all lines of business and construction types.

Residential structures impacted by the Category 4 wind speeds sustained heavy damage. Once the roofs are blown off, single family homes will fail due to the loss of structural integrity.

KCC states that many types of commercial structures including apartment complexes, office buildings, and schools sustained heavy damage. Hotels, especially those along the coast, sustained damage to windows, roofs, and other elements due to high winds.

Light-metal and frame structures in this area were unable to withstand the high wind speeds, and this damage is consistent with expectations of a storm of this strength. Tyndall Air Force Base, also in the eye of the storm, sustained major damage.

KCC estimates that nearly one half of the $8 billion insured loss from hurricane Michael occurred in two Florida counties – Bay and Gulf.

As Michael moved inland, it continued to cut a relatively narrow path of destruction. Tallahassee, the most populated city in the Panhandle, remained outside the eastern eyewall and barely experienced hurricane force winds.

Direct wind damage was limited to low level roof and siding damage. For the most part, structural damages were the result of falling trees.

KCC states that In general, wind speeds fell off rapidly outside the eyewall, sparing many areas from the intense wind speeds. Michael was downgraded to a Category one hurricane when the centre was over southwestern Georgia and maintained tropical storm status through South and North Carolina.

Power outages and low levels of wind damage were experienced across five states.

While Michael was predominantly a wind event, storm surge impacts were devastating in specific areas such as Mexico Beach. Storm surge depths ranged from nine to 14 feet along the most impacted area of the coast between Mexico Beach and Apalachee Bay.

KCC estimates total damages from storm surge of $3.7 billion, of which about ten percent will be insured.