Artificial intelligence (AI) and machine learning technologies should not just be viewed as a short-sighted cost cutting tool, but rather as the “future of employment” for re/insurance companies, according to David Lundgren, CEO of financial tech firm Quantemplate. 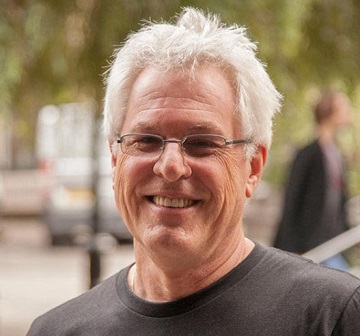 Speaking in an interview with Reinsurance News, Lundgren noted that efficiency and cost have traditionally been lauded as the main benefits of integrating automated technologies.

This has been evidenced by the reinsurance companies that Quantemplate has worked with to implement machine learning solutions, he said, which have seen clients gain up to a 33% increase in data processing efficiency in some cases, while being able to handle 60% more data.

However, Lundgren argued that the real potential of automated technologies lies in their ability to take over repetitive manual tasks and allow re/insurers to focus solely on high-value projects.

“Reinsurers either spend too much of their employees’ valuable time to process data or they hire entire teams solely for that purpose,” Lundgren told Reinsurance News. “In some organisations, skilled reinsurance professionals are spending a significant portion of their time on mundane repetitive administration of the company’s data assets.”

“AI and machine learning technologies woven into integration and analytical platforms such as Quantemplate not only add enormous capability and power,” he said, “but also free valuable human resources from performing low value, low reward activities, moving them towards becoming high value team members who can see their own efforts making a more direct contribution to the business objectives.”

He added that this potential for freeing up human resources is becoming increasingly important as graduates and junior employees are being trained and educated surrounded by these new platforms.

“They enter the workforce with an expectation to apply the new ideas they learned in college or university,” Lundgren asserted. ”These technologies are the future of employment not a short-sighted cost cutting tool.”

The Quantemplate boss also rejected the notion that AI will end up replacing jobs in the re/insurance industry, maintaining that it will rather enhance and enrich existing business workflows.

“Over-optimised automated solutions can be just as devastating as human errors, for mission critical applications it will still be necessary to have a human in the loop,” he explained. “In fact, most team members welcome the change that automation and machine learning brings.”

Commenting on the increasingly rapid adoption of automated technologies, Lundgren argued that their business value is becoming “undeniable,” offering re/insurer’s a frictionless alternative to in-house development and infrastructure projects that can integrate smoothly with existing workflows.

“Reinsurers heavily rely on data in order to make decisions relating to underwriting, renewals, capacity and planning,” he said. “However, they are plagued with non-standardised data coming from numerous sources.”

“To make matters worse, the volume is in the millions, far too much to process manually. This results in a significant amount of data being left out of critical business analysis and by doing so, reinsurers are missing out on the insights that can give them that vital edge.”

“Existing legacy systems also cause a great deal of inertia, even when there is strong executive support for newer technologies like AI or machine learning,” Lundgren added. “The change to using these newer technologies has been welcomed for more than a few years, but the implementation and change management issues can slow things down.”