American International Group, Inc. has announced the promotion of David McElroy to President and Chief Executive Officer (CEO) of the North America operations of General Insurance, taking over from Lex Baugh. 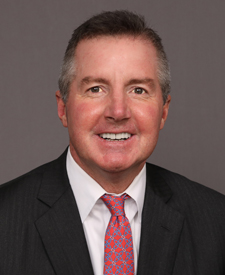 McElroy, who first joined AIG in October 2018, previously served as President and CEO of Lexington, a surplus lines insurer wholly owned by AIG.

He will also manage the U.S., Bermuda and Canada underwriting and field operations of General Insurance.

McElroy will take up his position with immediate effect, and will continue to report to Peter Zaffino, CEO General Insurance and Global Chief Operating Officer at AIG.

“I look forward to continuing to work with David as we position AIG for sustainable underwriting profitability,” he added.

In connection with the announcement, Lou Levinson has been appointed as the new President and CEO of Lexington, taking over from McElroy.

Levinson has served as Lexington’s Head of Casualty since joining AIG in September 2018.

In his new role, he will continue to report to McElroy, with responsibility for Lexington’s new strategy in the excess & surplus lines market.

Risks associated with geopolitical tensions have been flagged as a primary concern among members of UK-based association and representative body...