Alleghany Corporation has announced an underwriting profit of $114.9 million for the second-quarter of 2019, driven by higher profits in both its insurance and reinsurance segments. 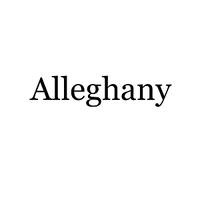 Alleghany’s underwriting profit increased by almost 19% in Q2 2019 when compared with Q2 2018, while net earnings remained flat at $295.5 million and operating earnings increased by 20% to $179 million.

The firm’s reinsurance business, TransRe, recorded an underwriting profit of $75.9 million in the quarter, up 8.7% on the same period in 2018 and which reflects the impact of higher net earned premiums, despite a slightly higher combined ratio of 92.9%, compared with 92.8% in Q2 2018.

For the first-half of the year, TransRe recorded a combined ratio of 94.5% compared with 91.4% for the same period in 2018, as its underwriting profit for the period fell by more than 30% to $115.9 million, which again reflects less favourable prior accident year loss reserve development, partially offset by higher net earned premiums.

Within TransRe, net premiums written increased by 14% in Q2 and by 12.5% in the first-half of the year, which Alleghany says is mostly driven by the impact of TransRe’s 2018 purchase of the renewal rights to a block of U.S. treaty reinsurance business.

Weston Hicks, President and Chief Executive Officer (CEO) of Alleghany, commented: “Alleghany’s reinsurance and insurance operations generated net premiums written growth of 13.4% in the quarter, along with an underwriting profit of $115 million and a combined ratio of 91.6% compared with a $97 3 million underwriting profit and a combined ratio of 92.2% in the prior year quarter.

“The excess and surplus lines underwriting environment continues to tighten and RSUI is benefiting from rate increases, improved terms, increased submissions and strong premium growth across most lines of business.

“TransRe’s casualty business is benefiting from both modest reductions in ceding commissions and improving original rate trends on its proportional business. On its property catastrophe business, although TransRe benefited from second quarter rate increases, it remains disciplined and has pared back exposure where the rate increases have been insufficient to cover TransRe’s view of risk.

“CapSpecialty improved its expense ratio in the quarter and, under the direction of its new CEO, continues to make progress towards its goals to improve long-term profitability.”

“The overall investment portfolio returned 2.7% in the quarter. Interest income grew, reflecting the significant reallocation from equities to bonds in the first quarter of 2019. Additionally, the bond portfolio appreciated due to lower interest rates and generated a $207 million increase in unrealized gains in the second quarter.