Allianz to shoulder some losses from burst Vale dam, reports

Reports are emerging from Reuters that indicate global re/insurer Allianz may have to shoulder some of the costs associated with the deadly dam collapse at Vale’s Corrego do Feijao mine in Brazil. 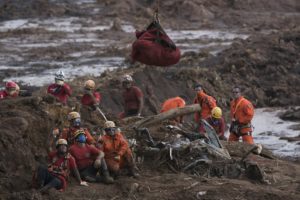 Sources have said the firm’s Global Corporate & Specialty division leads a consortium of reinsurers that assumed some risks from Vale’s local insurers.

Reuters states that Allianz declined to comment on the exposure, which was earlier reported by the Versicherungsmonitor trade publication.

The mining dam burst on Friday, triggering a mudslide which buried nearby homes and facilities in the town of Brumadinho and led to the death of 60 people, with close to 300 people still missing.

According to reports, there were no survivors recovered on Sunday or Monday.