As the world reopens, event cancellation coverage will be an issue: Mumenthaler, Swiss Re

The significant and unexpected impacts of the global COVID-19 pandemic on the property and casualty (P&C) space suggest that once the world reopens, event cancellation coverage will either be very expensive or excluded altogether, according to Christian Mumenthaler, Chief Executive Officer (CEO) of Swiss Re. 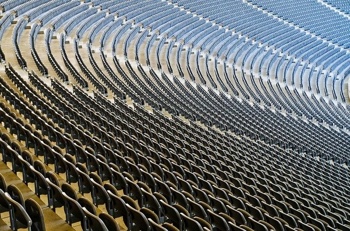 In announcing its full-year 2020 financial results today, reinsurance giant Swiss Re reported a net loss on the back of COVID-19 claims and reserves of $3.9 billion, of which $1.9 billion relates to the firm’s P&C Re business.

Of the P&C Re total, some 80% represents IBNR reserves for affirmative non-damage business interruption, cancelled or postponed events, casualty, and credit & surety losses.

Of the $3.9 billion total across P&C Re, Life and Health Re (L&H Re), and the Corporate Solutions arm, 59% is IBNR with the remainder paid & case reserves.

During a media conference earlier this morning, the reinsurer was questioned on its experience during 2020 and whether the impacts of the pandemic had caused the firm to rethink its approach to risk modelling and correlations.

CEO Mumenthaler explained that Swiss Re has had pandemic in its models for 15 to 20 years, and while the firm knew they can and do happen, the reality has turned out somewhat different from what was expected.

“In contrast to the historical events, there was a much, much stronger reaction. Obviously, with the historical events sometimes people would isolate and we know that from the Middle Ages. But this was an extreme reaction, certainly compared to 1918, of locking down everything, and that means the loss has shifted more to the P&C side to areas that were maybe not expected,” he said.

On the life side of the industry, Mumenthaler said that everything that happened was expected and that if anything, it was perhaps on the low end.

Later in the call, Mumenthaler expanded on this point and emphasised that this is a question of correlation.

“If event cancellation was only covering local problems, that means you can write a lot of those and the premiums will diversify across the world. And, that was probably the assumption of the whole market in the past, which is why it was not that expensive. If, in the future, people say they want everything covered, also pandemics, basically every person who writes that needs to add these covers up in the pandemic scenario and so it becomes a very capital heavy product.

“So, I would foresee one of two things: Either global pandemics will not be covered, and then it can remain in the price range it was, probably. Or, you include it and it will become much more expensive. At the moment I cannot say. This will be a prediction because at the moment, obviously, nobody’s organising anything and nobody needs insurance for it. But, as we reopen up, I think this is going to be an issue,” said Mumenthaler.

Of this, it’s understood that the firm is on the hook for a maximum cost of $250 million in the event of the cancellation of the rearranged Tokyo Olympics, although Swiss Re said during the media call that it believes the games will go ahead later this year as scheduled.

Looking forward, the reinsurer revealed today that it expects additional claims and reserves related to the pandemic in its P&C Re business of less than $500 million in 2021.

Swiss Re attributes less than $200 million of this $500 million to the event cancellation line of business, based on the assumption that larger sporting events will take place without spectators in the year ahead. Swiss Re also notes that its exposure here is reduced by the fact its Corporate Solutions business exited this line in 2019 and therefore has limited exposure in 2021 with the book in run-off.

Of course, hopes for a return to some form of normality later in the year are increasing as the vaccine rollout accelerates around the world, which is also driving a more optimistic outlook for industry losses in certain areas.

Incoming AIG Chief Executive Peter Zaffino says his company is working "purposefully and with a sense of urgency on several...