Reinsurance companies in Asia continue to look at mergers and acquisitions (M&A) and access to alternative capital markets in order to offset intense competition, according to analysis by Fitch Ratings. 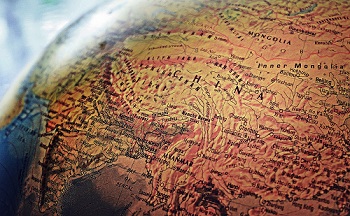 Excluding areas that were hit by severe catastrophe events in 2018, reinsurance pricing was largely stable in Asia last year, which Fitch attributes to the availability of traditional reinsurance capacity and also some access to alternative capital markets, such as the insurance-linked securities (ILS) space.

Unlike in parts of Europa and the U.S., ILS is in its infancy in Asia although efforts by the Monetary Authority of Singapore (MAS) has resulted in a number of catastrophe bond transactions coming from the region, a trend which Fitch expects to accelerate in the future.

“There are signs of renewed interest by reinsurers, as we saw some pockets of activity in 2018-2019 out of the Singapore market. Fitch expects a gradual pick-up of ILS transactions to be issued in Asia, if they continue to be supported by strong, sustainable interest from investors,” explains Fitch.

The global, and Asian reinsurance market remains very competitive, and has in turn resulted in a flurry of market consolidation as companies search for scale and relevance in a rapidly changing risk landscape.

Fitch notes that Asian reinsurers continue to seek M&A opportunities, and with limited scope for organic growth in the current market environment, some Asian players have looked to M&A as a means of enhancing their business profile.

Interestingly, Fitch notes that reinsurers in Asia are now placing more emphasis on leveraging statistically reliable catastrophe models, most notably in less developed Asian markets, which are highly vulnerable to all types of natural catastrophe events.

“Such models could also be useful tools to aid premium pricing and retrocession arrangements by the reinsurers themselves, amid climate changes,” says Fitch.

It’s also expected that cyber insurance will grow in prominence in the Asian market, with Fitch noting that the countries across the Asia-Pacific region are likely to follow in the steps of Singapore.

Parts of the Asia-Pacific region are home to some of the lowest levels of insurance penetration in the world, while at the same time being extremely susceptible to extreme weather events and catastrophe events.

As insurance penetration rises so too does the need for reinsurance protection, but with incomes low and awareness and education on the benefits of risk transfer still required in most instances, it’s clear that both vast opportunities and challenges exist for Asian market players.

EPIC Insurance Brokers and Consultants, a retail property and casualty (P&C) broker and employee benefits consultant, has announced the appointment...