The Australian Turnbull Government has said that it “will not intervene directly in the insurance market” as a way to reduce insurance premiums in regions at high risk of impact from tropical cyclones, a Minister said yesterday. 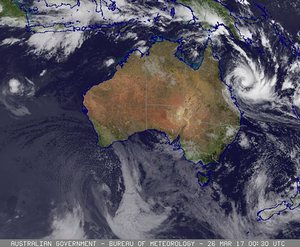 But both of these options have been rejected and the government has sided with the findings of the Final Report of the Northern Australia Insurance Premiums Taskforce, which states that mitigation efforts to reduce the risk of damage from cyclones is the only way to reduce insurance premiums on a sustainable basis.

The Australian Government is moving forwards with a range of reforms designed to place downward pressure on insurance premiums. These include increased accountability and transparency within the re/insurance industry, and efforts to help to increase consumer understanding of insurance.

Insurance Council of Australia CEO Rob Whelan commented, “The Government’s response to the Taskforce is fair, reasonable and balanced. It provides clear direction for government policy, and the insurance industry is already well advanced on many of the key recommendations.”

Whelan said that the Government had “sensibly decided against intervening in the insurance market in northern Australia, ruling out a cyclone mutual and an insurance pool.”

Such intervention would have undermined the functioning of the insurance and reinsurance market, dislocating risk from pricing and could have resulted in taxpayers having to shoulder billions of dollars of losses in the future.

Reinsurers had lobbied the government on this issue, saying that a mutual and state-backed reinsurer would destroy the proper functioning of the re/insurance market in Australia.

The insurance and reinsurance industry has always sided with the mitigation option as the best way to reduce the risk and ultimately lower premiums, by making homeowners and policyholders take responsibility for their risks.

Whelan said, “The Insurance Council is already helping governments to identify appropriate targets for mitigation, and the industry has vowed to reflect the lower risk provided by effective, permanent mitigation in insurance premiums.”