The British Insurance Brokers’ Association (BIBA) has announced the appointment of Alastair Blundell as Head of general insurance, a newly-created role. 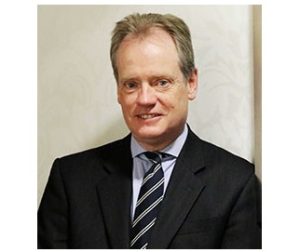 He will oversee general insurance policy work while representing and progressing issues to the government and media.

“Alastair has a wealth of experience in the market working with brokers. His knowledge and experience will benefit BIBA and its members,” said Graeme Trudgill, BIBA’s Executive Director.

“There are more insurer focused Manifesto points this year and Alastair is the ideal person to help drive these forward.”

Commenting on his appointed, Alastair said, “I’m delighted to join BIBA, I’ve spent more than 35 years in insurance underwriting both in the UK and internationally.”

“I am looking forward to the challenge of now working with the broking side of the industry to help drive professionalism and standards.”

Steve White, BIBA’s Chief Executive, added, “We welcome Alastair on board. He will help to progress the Manifesto points that our members have raised. As a senior employee from an insurance company he can add to the rich mix of the BIBA team.”