Bredahl resigns from Third Point Re as Malloy named CEO

Third Point Reinsurance Ltd., the Bermuda-based, hedge fund backed reinsurer, has announced that Daniel Malloy is to take over the role of Chief Executive Officer (CEO) from Robert Bredahl, whose resignation has been accepted by the Board of Directors. 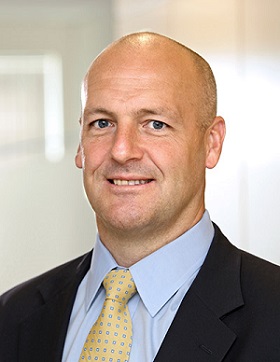 Malloy, who currently leads the company’s main operating subsidiary, Third Point Reinsurance Company Ltd., will act as CEO on an interim basis while the Board identifies other candidates to consider for the permanent role.

He has more than 38 years of reinsurance experience and previously worked at Aon Benfield, where from he co-led the Specialty Lines practice groups.

Prior to this, he was President and a board member of Stockton Reinsurance Ltd. in Bermuda, and previously served as President of Centre Re Bermuda.

“After many years of working with Dan, we are thrilled that he is taking on this new role,” said Board Chairman Joshua L. Targoff. “A proven leader with a strong track record of success and deep expertise across all aspects of the business, he is exceptionally well qualified to take the Company to its next phase of development and growth.”

“On behalf of the Board of Directors, I would like to thank Rob for his leadership at TPRE,” Targoff continued.

“During his time as CEO, TPRE has taken important steps to improve its underwriting profitability, added key talent to its underwriting team, and begun to diversify its business mix. Rob leaves the company with a strong balance sheet and well positioned to capitalize on new opportunities.”

Malloy also commented: “I am excited to serve as TPRE’s next CEO and work even more closely with the Company’s Board, management team and talented employees as we build on our momentum and deliver even greater value for our customers and shareholders.”

“I am proud to have served at TPRE since its founding seven years ago and to have been part of the great progress we’ve made in building it into an innovative company with a team that is second-to-none,” Bredahl added.

Govrin, who will take over as President of TPRE USA, has more than 30 years of experience in the reinsurance and banking industries, including most recently as EVP, Underwriting and Head of Business Development for TPRE USA.

Prior to joining TPRE USA, Govrin served as a Vice President in Berkshire Hathaway’s Reinsurance Group for seven years, as a key member of the underwriting team. He replaces Manoj Gupta, who is no longer with the company.

Drury, meanwhile, has more than 25 years of experience in the reinsurance industry, having most recently served as SVP, Underwriting for TPRE USA, with responsibilities including the development of the property catastrophe book.

“We are very pleased that Mr. Govrin and Mr. Drury have agreed to lead the TPRE USA operations as we grow our business, including our new property catastrophe portfolio,” Malloy stated.

“They are leaders with substantial breadth of experience in reinsurance, and I am confident they will continue with the positive trajectory of the US Subsidiary that has started under Manoj’s tenure.”