Bushfire losses will dent earnings, but insurers are well placed, says AM Best

The current fire season in Australia is expected to hit the full-year earnings and loss ratios of the region’s direct insurance companies, however, non-life insurers in the country are well placed to withstand the record level of losses from the ongoing series of devastating fires, according to A.M. Best. 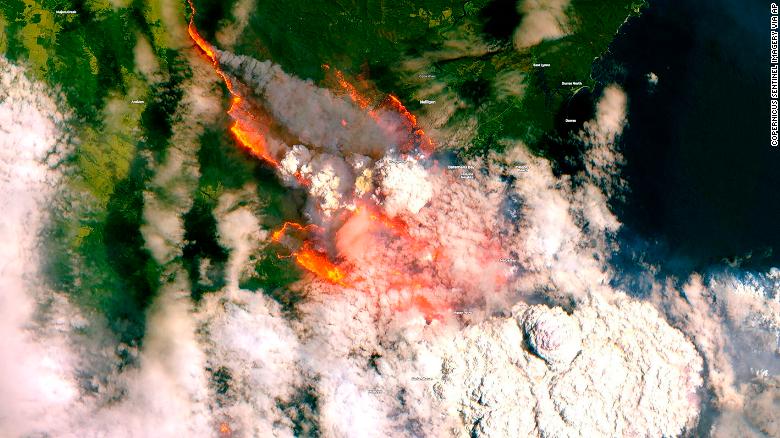 As of January 23rd, 2020 the fires that continue to rage across southeastern Australia officially became the costliest bushfire event on record with 20,000 claims driving insured losses of roughly AUD 1.7 billion (USD 1.1 billion), according to the Insurance Council of Australia (ICA).

Insured losses are expected to continue to rise as claims continue to filter in, and it’s possible that the economic losses from the event will be significant, directly impacting industries in the region, especially the tourism sector.

The bushfires started in September of last year and have so far burned over 18.6 million hectares (46 million acres) of land nationwide, including huge areas of animal habitat, and claimed the lives of at least 31 people.

The insured loss from the event has exceeded the AUD 1 billion mark and is heading closer towards the AUD 2 billion threshold, and A.M. Best notes that the country’s non-life insurance groups are expected to assume the majority of the losses.

“Despite rising loss totals, AM Best is of the view that Australian insurers are well placed to withstand the bushfire losses, aided by strong capital positions and support from reinsurance partners. Furthermore, the Australian insurance market is no stranger to catastrophe events, given that Australia is exposed to a wide range of natural perils, including flood, hail, cyclone, and earthquake,” explains A.M. Best.

The ratings agency notes that the country’s non-life sector has produced a robust underwriting performance in recent times, and has shown consistently that it is capable of absorbing natural catastrophe losses.

While catastrophe losses have contributed to variable gross losses for non-life insurers in the country, A.M. Best notes that the sector’s comprehensive use of reinsurance protection has served to “curtail material net loss ratio volatility.”

In fact, over the past decade, the net loss ratio for direct non-life business has generally been under 70% notes A.M. Best, citing data from the Australian Prudential Regulatory Authority.

“Despite the resilience of Australia’s insurers, AM Best does expect the current fire season to make a dent in the full-year earnings and net loss ratios of the country’s direct insurers,” explains the ratings agency.

Regarding the role of reinsurance with this event, and A.M. Best says that it remains to be seen just how much of the loss is assumed by the reinsurance sector. As the insured loss continues to rise, so too does the potential hit to reinsurance markets, and, as noted by A.M. Best, carriers’ reinsurance terms and conditions will also play a role here, most notably when determining the definition of a single event.

“Determination of these terms may prove material for certain insurers in determining whether event excess of loss retentions have been reached, or whether aggregate reinsurance protections will be hit from accumulation of losses below event limits,” says A.M. Best.

“Although the overall message from Australian reinsurance renewals at January 1, 2020, has been one of general stability, meaningful bushfire losses passed to reinsurers may result in upward pressure on reinsurance rates and tightening of terms and conditions in upcoming renewal windows,” explains the ratings agency.

A "noisy" period for catastrophe events is expected to see global reinsurance giant Swiss Re exceed its large losses budget...