The devastating series of fires that continue to rage across southeastern Australia have officially become the costliest bushfire event on record, with payouts now exceeding AU $1.65 billion (US $1.13 billion), according to the Insurance Council of Australia (ICA). 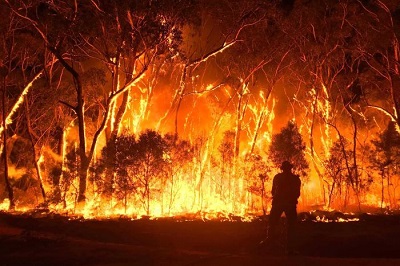 The latest data from the ICA shows that 20,000 bushfire-related claims have now been filed, the vast majority of which have stemmed from the hardest-hit state of New South Wales.

Fire conditions were eased somewhat by severe hailstorm and rain-induced flood events earlier this week, but the return of clear skies on January 21 means the bushfire threat has continued.

According to re/insurance broker Aon, ongoing assessments of damage indicate that more than 7,000 structures, including 2,779 homes, have been destroyed during the current bushfire season.

More than 18.6 million hectares (46 million acres) of land have been burned nationwide, including vast areas of animal habitat, and at least 31 people have been killed.

The ICA, meanwhile, said that the 2019 bushfire season has destroyed some 2,890 buildings, putting it well above the 2,029 destroyed in the 2009 Black Saturday event, and second only to the 1983 Ash Wednesday fires, which destroyed 3,700 buildings.

The Council further noted that within the physical footprint of the bushfires there are 25,000 insurance policies and approximately 95% of buildings are insurers, with the medium sum insured being $343,241.

Additionally, 16,011 policies contain or are specific to contents cover, indicating that approximately 75% of residents in the impacted regions have purchased cover for their belongings, with the median contents cover being $89,288.

While storm conditions helped to calm the fires temporarily, major re/insurance industry losses are also expected to stem from the consecutive days of thunderstorms and accompanying hail.

Based on ICA data, at least 55,650 claims have already been filed after hail hit areas of Melbourne, Canberra and Sydney over January 19-20, with industry losses currently pegged at AU $514 million (US $352 million) and forecast to rise further.

Further disruption was caused in some areas of New South Wales as winds from the storm system kicked up a dust storm from the dry top soil of farms, covering several towns in a 300 km wide cloud of red dust, leaving residents in darkness and without power for several hours.

French insurance and investment giant AXA may be looking to offload its Middle Eastern operations as Chief Executive Officer Thomas...