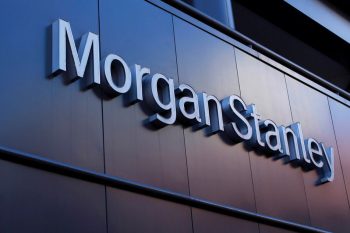 During the Access Day, the firm spoke to senior executives from eleven different life insurers, including the larger companies Aflac, MetLife, and Prudential.

Morgan Stanley suggests that Capital adequacy remains a debating point, with some, such as Prudential, administering pressure warnings from rapidly rising interest rates.

Meanwhile, Aflac is the outlier of the group, as the firm states it appears positioned to accelerate the pace of capital return.

Morgan Stanley observes that given the risks of a recession, investment portfolio exposures also remain in focus – where CLOs, middle market loans, and portions of their real estate exposures are getting heightened scrutiny from investors.

Further, higher interest rates remain a powerful tailwind for earnings, says the firm, though it suggests it takes considerable time to be evident in results.

Morgan Stanley writes, “Among the stocks, we came away incrementally more positive on the fundamental prospects for Aflac, while we view Prudential’s comments on capital somewhat cautiously.”

Morgan Stanley states that the reinsurance market is poised for strong pricing, while conversely, primary carriers discuss their exposure and options for mitigating the impact of the coming hard renewal season.

Simultaneously, commercial carriers express confidence in sustaining firm pricing, says Morgan Stanley, although most see the sources of higher loss costs as something that will persist.

The firm writes, “The pricing outlook in personal auto remains positive as rate increases continue and many see rate adequacy at the end of the tunnel. We saw one broker, BRO, who believes the high single digit organic growth rates investors have gotten used to across the industry over the past several quarters is unsustainable in 2023, but remains confident in their competitive positioning heading into a potential recessionary environment.”