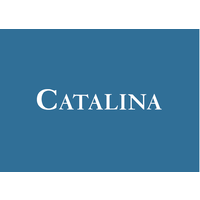 The new team will be led by Steve Ryland, group head of global distribution for Catalina, who will focus on UK and European markets. Parri Spector will focus on North America and reinsurance operator Malcolm Steingold, who joins the Catalina distribution team on June 1, will lead the Asia Pacific region.

Ian Parker, CEO of Catalina Holdings, said: “Since joining Catalina in February, I have already noticed an increasing number of opportunities in the market. With our new structure, not only do we hope to ensure that we see all the deals being marketed by brokers, banks, and other intermediaries, but also create opportunities ourselves by leveraging our knowledge and contacts of Steve, Parri, and Malcolm to create longer term partnerships. Separating origination from the M&A process just plays to the strengths of each team and is the next logical step to continue scaling Catalina as an innovative solutions provider to global insurers.”

The company said that the change was so it could focus on global expansion, while maintaining its underwriting discipline, to support their sustained growth plans, and to bolster market positioning.

The distribution team will be supported by the Catalina M&A team, headed by Graham Taylor.

This change comes a few weeks after the firm, reporting net income of $177m in 2021, said it was targeting entry into Lloyd’s.

In February, the company also announced that Parker was replacing Bruce Hemphill, who stepped in as interim CEO in February 2021, and who will now return to his previous role as non-executive chair of the board.

Likewise, Caroline Foulger, who stepped in for Bruce as interim chair in February 2021, was to step back into her previous role as senior independent non-executive director.