Natural catastrophe is set to remain the most competitive area for reinsurers, due primarily to an abundance of both traditional and alternative capital in the market, as well as the stability of catastrophe models following 2017’s huge losses, according to Ulrich Wallin, Chief Executive Officer (CEO) of Hannover Re. 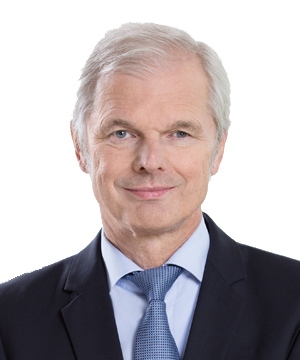 Speaking in an interview with Reinsurance News, Wallin explained that despite modest increases to rates, the Property & Casualty (P&C) market has remained extremely challenging, with a continued influx of alternative capital resulting in a “market with more supply than demand.”

This contrasts with other prominent catastrophe loss years, such as 2005’s Hurricane Katrina, when cat models were recalibrated and where, Wallin explained, “even if you had say a 50% increase, you still felt that your multiple to the expected losses had come down.”

Other factors may yet affect P&C market conditions over the year, such as the development of the 2017 losses (in particular from Hurricane Irma), significant 2018 catastrophe losses, and negative developments versus releases in the U.S casualty reserve.

“The more that remains benign,” said Wallin, “I think we will probably be fighting to get even modest increases at 1/1/19. On the other hand, if we have major cat losses again this year, then we will probably see a more pronounced hardening.”

Although rating levels in 2018 have been better than in 2017, they have still fallen well short of those experienced in 2015, which suggests a discontinuation of historical post-event hardening cycles.

“If you look at it on a calendar year basis, 2018 in the current cycle is the second worst year from rating quality, only second to 2017,” continued Wallin. “So we remain at a rating level which is actually a little bit lower than reinsurers would love to see it, and I would expect that to continue into 2019.”

He added that reinsurance margins have also shrunk to levels not seen since before the World Trade Centre Losses in 2001, and that, given these conditions, “as a market player you have to find competitive advantages to be able to grow profitably.”

Nevertheless, Wallin maintained that this environment will not continue indefinitely: “I think you will find that there is a floor because reinsurers cannot accept losses for an extended period,” he said. “If rates are further squeezed then there will be a reaction at one point in time.

“It’s important to realise that the participants in the market are, for the most part, either publicly traded companies, or investment funds when it comes to the ILS market. That means that the vast majority of participants in the reinsurance market cannot tolerate negative results for an extended period.”

He continued: “If inflation increases – and it looks like an increase in inflation in the U.S – this will result in a reduction of the confidence level of the casualty loss reserves which result in underwriting losses and may in turn result in rating movement to the positive again.”

In light of the current market conditions, Hannover Re has adjusted its reinsurance buying strategy to include more aggregate excess of loss, which will protect it against further natural catastrophe losses.

Wallin explained that the company uses retrocession to limit its exposure to natural catastrophe losses to a market share that is “significantly below our market share toward non-cat exposures.”

The additional margins that it gains from writing cat business over and above its net risk appetite are larger than the margins it uses to pay its retrocessionaires, he added.

In other areas of the market, such as casualty business and facultative business, Wallin also identified competitive conditions, but maintained they were not as challenging as those experienced in the natural catastrophe space.