According to the South China Morning Post (SCMP), sources have confirmed that China plans to consolidate its insurance and banking regulators in an effort to observe President Xi Jinping’s stance on reducing financial risk. 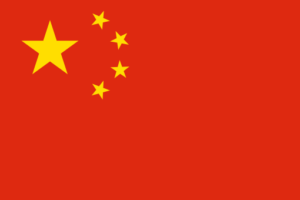 The CIRC has been without a head since last year, when its Chairman, Xiang Junbo, was placed under investigation for violating party discipline.

The new committee was set up by Xi in November 2017 and already oversees the Chinese central bank and China Securities Regulatory Commission (CSRC).

The Chinese President has been pushing to tighten control over the nation’s financial system, particularly in the insurance sector, to avoid a repeat of the disastrous stock market crash of 2015.

The new streamlined agency will likely aid China’s deleveraging campaign by reining in unregulated financial institutions and the banking and insurance conglomerates on which the stock market collapse was largely blamed.

An anonymous source of SCMP said: “The idea is that the newly merged agency will monitor institutions, and the China Securities Regulatory Commission will oversee the market.”

Although there has not yet been a formal announcement about the merger, a statement from a recent session of the Central Committee of the Communist Party implied that significant changes to government apparatus were imminent.

The statement reported that: “The institutional and functional settings of the party and the state … are not fully up to the demands of a modern state governance system.”

Experts also suggest there is a strong rationale for merging the regulators. Guo Tianyong, a professor at the Central University of Finance and Economics in Bejing, said: “There are problems with the existing regulatory structure. Each regulator acts on its own … resulting in big loopholes and rampant regulatory arbitrage.”

If China does merge its financial regulators, it will be the most significant upheaval of the nation’s regulatory system since 2003, when the China Banking Regulatory Commission was established in response to the country’s commitments to the World Trade Organisation, which it joined two years earlier.

Munich Re's ERGO has agreed on a life portfolio management partnership in cooperation with IBM Deutschland which will see the...