China’s yuan and the Japanese yen are the currencies most vulnerable to climate change, according to a new report by Barclays. 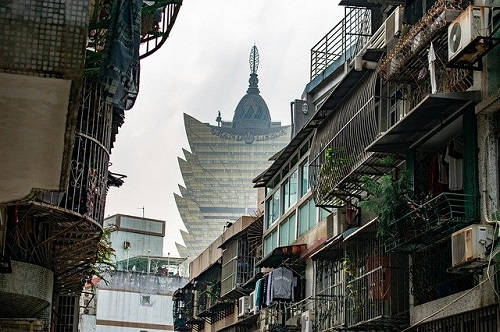 The bank looked at the effects of climate change on exchange rates, saying rising temperatures and associated economic costs could tank the value of the Chinese yuan and Japanese yen over 50% by 2070.

The report contains a model of emissions scenarios, along with predictions for how foreign exchange markets will be affected.

In the most extreme scenario modelled in the report, the euro actually appreciates 0.5% against the dollar by 2030 and 3.9% on average over the next fifty years, with the eurozone’s trade openness helping soften the economic impact of global warming.

The yuan could lose as much as 5.5% by 2030, with a further a 7% depreciation over ten years, possibly reaching as high as 10% per decade in the long term.

Barclays used GDP and capital flow forecasts for the next fifty years to model how, in current conditions, growth and currencies could be affected by climate change.

Worldwide losses from extreme weather events totalled $1.38 trillion in the previous decade, rising nearly eight-fold since the 1970s. They are expected to top $2 trillion this decade, according to the report.

The report finds that for Japan, rising sea levels pose the biggest threat, and environmental factors could take 3% off the yen’s value by 2030.

It could lose 55% in total over 50 years and become the world’s worst-performing currency as early as 2050.

The US dollar is seen outperforming, benefiting from “the diverse nature of the US economy,” Barclays said.

In general the report finds that countries with high commodity exports and trade openness will fare better even if they are exposed to similar levels of climate risk, while emerging market will struggle to cope with those changes.