A new report from the Lloyd’s of London insurance and reinsurance market in collaboration with catastrophe risk modeller, AIR Worldwide, reveals that businesses in the U.S. could lose as much as $15 billion were a leading cloud service provider to experience a downtime of at least three days. 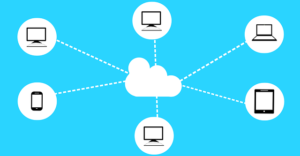 The new report, ‘Cloud Down – The Impacts on the US economy,’ utilises loss data for 12.4 million organisations in the U.S., and proposes a different approach to assist re/insurers’ ability to model this type of risk, which, are inherently complex and far-reaching.

According to the report, an extreme cyber event that takes a top cloud service provider offline in the states for at least three to six days, would drive an economic loss of $15 billion and an insured loss of up to $3 billion.

Furthermore, the report finds that Fortune 1000 companies would assume 37% of the economic losses and 43% of the insured losses.

Head of Innovation at Lloyd’s, Trevor Maynard, commented; “This report provides a detailed picture of the costs to the US economy as a result of a cloud service provider failure. Clouds can fail or be brought down in many ways – ranging from malicious attacks by terrorists to lighting strikes, flooding or simply a mundane error by an employee. Whatever the cause, it is important for businesses to quantify the risks they are exposed to as failure to do so will not only lead to financial losses but also potentially loss of customers and reputation.

“Lloyd’s previous research with KPMG and DAC Beachcroft has shown that services firms are particularly vulnerable to the reputational impacts of a cyber attack where service disruption can have an immediate effect on clients, leading to customer churn, loss of competitive advantage and loss of revenue.”

Assistant vice president and principal scientist at AIR Worldwide, Scott Stransky, added; “A major cloud failure would significantly impact the insurance industry, and our research has shown that such an event is plausible. The findings from this report show that while the cyber insurance industry is growing, there’s still a significant gap in cyber coverage. We hope the report will help raise awareness across the industry as to how significant losses could be, how likely they are, and provide an opportunity for insurers to better understand and manage cyber risk.

“With proper models such as AIR’s, the industry will be able to grow the market by confidently writing more cyber policies. The goal is to make insurers and all organizations that rely upon cyber insurance more resilient if the cloud does go down.”