The current dynamics of the global reinsurance market suggests a “revolution is brewing,” but in order for the market to take advantage of the opportunities ahead, a collective mentality might be what’s needed, according to Tom Johansmeyer, Assistant Vice President (AVP), PCS Strategy and Development. 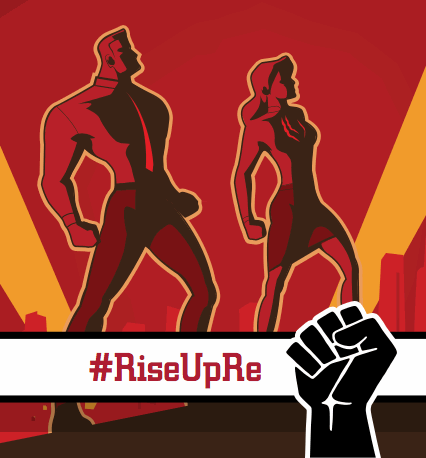 “The global reinsurance market shows all the signs of a revolution brewing,” said Johansmeyer, highlighting the abundance of capital in the space that has combined with relatively low catastrophe losses to push rates down in the sector for quite some time.

Then came the third-quarter of 2017 and the extremely active Atlantic hurricane season, which, combined with powerful earthquakes in Mexico and other notable catastrophe events, such as the California wildfires in Q4, represented the first setback for the reinsurance revolution.

Johansmeyer, explained; “The losses accumulated quickly and distracted the industry from its summer of progress. An annual industry loss for the United States in excess of $70 billion can have that effect.”

And while the huge level of catastrophe losses experienced last year fuelled hopes and discussions of rate increases at the January 1st 2018 renewals, which have reportedly been disappointing for many reinsurers, a collaborative approach to both existing, emerging, and original risks might well be what’s needed to support the development of a more robust marketplace.

In the first of several “reinsurance manifestos” that are expected to be released this year by PCS, “Rise Up” explores the benefits of a collaborative approach to expanding the remit of the global reinsurance market.

“A single company can innovate for itself effectively, but that isn’t always enough to move the market as a whole. Or to launch a new type of business and have it gain traction. Why is cyber still small when the exposures are massive and have been for years? Why hasn’t microinsurance gained more momentum? And these are just two areas in global insurance and reinsurance where industry-wide traction has been relatively thin,” Johansmeyer told Reinsurance News.

“The key, I realized, is that there is a certain amount of industry collaboration required. And that’s a tall order. To facilitate that sort of progress, you need to show market participants that they can help drive progress while – at a minimum – not conceding any competitive advantage. Ideally, you need solutions that elevate the industry while creating more opportunity for competitive advantage. It’s not easy, but it’s crucial,” he continued.

There are plenty of opportunities ahead for the global reinsurance industry, explained Johansmeyer, but in order for the market to advance and expand in the right way, barriers that hinder collaboration need to be broken down.

“The two ingredients necessary to foment a reinsurance revolution, therefore, are overcoming the individualistic urge to fully own something small (rather than seek shared ownership in something far greater) and inspiring our friends and peers to rise up against the norm and commit ourselves to the grander future afforded by collaboration in the spirit of the collective. Absent either, none of us will prevail,” said Johansmeyer.