Brazil’s insurance industry regulator, Superintendencia de Seguros Privados (Susep), is expected to increase permitted foreign reinsurer market share in stages over the next three years, meaning certain business lines are expected to grow, but challenges and uncertainty remain in the country, according to Capsicum Re. 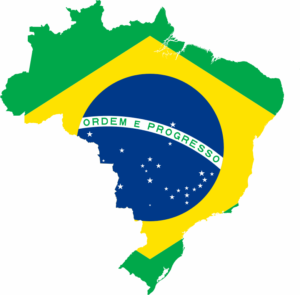 Widespread economic and political uncertainty in Brazil continues to impact numerous business lines in the region, resulting in reduced insurance and reinsurance penetration.

But with a population of more than 200 million, if uncertainties and challenges can be navigated the country’s insurance and reinsurance sector appears flush with opportunity.

In an article on the Capsicum Re website by Marcio Ribeiro and co-authored by Capsicum Re’s Kirsty Howitt, the challenges for re/insurance market growth are highlighted in light of political and economic turmoil and uncertainty.

However, opportunities do exist in the region in lines such as energy and reinsurance, explains the article.

In fact, according to Capsicum Re, citing the regulator’s timetable, the threshold is expected to increase to 85% by January 1st, 2020, increasing in stages until this point.

“Under this plan, certain lines of reinsurance business are expected to grow, including motor reinsurance, life reinsurance, aviation, specialty risks, and transportation.

“Brazil is indeed the land of uncertainty, but opportunities can be found, and the vast nation’s potential is enormous,” explains Capsicum Re.

Capsicum Re explains that in the past infrastructure and construction projects provided a fairly large source of premium for the global reinsurance market, but in times of uncertainty this class of business is suffering in light of no major projects since 2015.

Economic turmoil in the region has also impacted surety and aviation business lines, while a decline in exports and imports has taken its toll on marine business in Brazil.

Aside from potential reinsurance market growth and energy sector expansion, Capsicum Re states that commercial property insurance is pretty stable in Brazil owing to legal mandates to acquire protection.

“However, as elsewhere in the world, local competition between direct insurers and new entrants may be driving rates down,” says Capsicum Re.

Like many emerging insurance and reinsurance markets, Brazil holds vast potential and opportunities do exist. However, political and economic uncertainty is a challenge that those seeking to enter the market in a meaningful way will need to be wary of.