Corporate tax minimum would be negative for re/insurers: industry snapshot

57% of industry participants we approached feel the introduction of a global minimum corporate tax rate would negatively impact the insurance and reinsurance landscape. 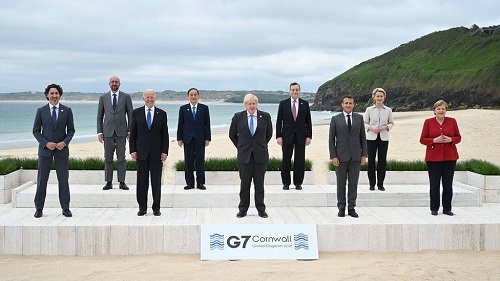 Important to note are the limitations of our approach, which was one designed to capture the industry’s opinion quickly and at low resolution.

As a result, we cannot delineate the various motivations or qualifiers one could factor in to such a complicated question.

Consultation of our extensive industry contact base followed recent developments from G7 leaders that have made such an agreement more of a possibility than ever before.

An accord reached earlier this month backed the creation of a global minimum corporate tax rate of at least 15%, an agreement that could form the basis of a worldwide deal.

With much of the world’s re/insurance activity channelled through offshore financial centres such as Bermuda and the Cayman Islands, such a concept could be seismic in its effect.

Curtis Dickinson, the Minister of Finance for Bermuda, responded by highlighting the importance of cross-border trade to the Bermuda economy, and explained that setting tax rates is a sovereign decision.

He expressed how the Bermudian government has been subject to independent, international scrutiny by various global standard-setting bodies, which confirms this position.

“We have been actively involved in international discussions on regulatory and tax matters and have continued to liaise with our key trading partners, including the UK, the USA and the EU, on financial and other relevant matters,” he noted.

Scott described the Cayman Islands as a tax neutral jurisdiction populated by the world’s leaders in international investment funds, which are internationally recognised as tax neutral.

“Cayman achieves tax neutrality in the simplest and most cost-effective way possible: it does not add another layer of tax on top of that is imposed by other jurisdictions,” he said.

While 57% of those polled expressed an opinion that a minimum tax rate could be negative for the industry, the other 43% think it could be positive.

Alesco Risk Management Services has added Jon Parker as Executive Director to head up the power team within its Specialty...