Covéa CEO temporarily steps down from SCOR’s Board

Thierry Derez, Chairman and Chief Executive Officer (CEO) of Covéa, is to temporarily step down from SCOR’s Board of Directors following the rejection of an €8.2 billion (US $9.6 billion) acquisition offer made by Covéa last month. 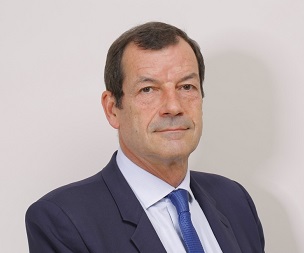 Covéa said that Derez would withdraw from the Board until the 2019 annual shareholders’ meeting “in the interest of serenity and appeasement.”

The company added that it intends to remain a long term shareholder of SCOR, although it will continue to pursue negotiations regarding a ‘friendly transaction.’

Covéa currently holds an 8.2% stake in SCOR and has been its largest shareholder since April 2016. Its successive CEOs have each been members of SCOR’s Board since Covéa originally became a shareholder in 2003.

SCOR’s management has recently come under fire from activist investors for refusing to engage in negotiations with Covéa, whose initial bid valued SCOR’s shares at €43 per share.

Catherine Berjal, President of French investment fund CIAM, said that CEO Denis Kessler and the Board could be held legally liable “for a decision which would constitute gross management negligence” if they refused to consider Covéa’s bid.

However, Kessler has dismissed Berjal’s claims as “baseless, false and misleading,” and the company has reiterated its commitment to continue creating value for its long-term shareholders following the offer.

The French reinsurer said that it rejected Covéa’s bid on the grounds that the deal was “fundamentally incompatible with SCOR’s strategy of independence” and reflected “neither the intrinsic value nor the strategic value of SCOR.”

In a second letter, Berjal also slated SCOR’s management regarding reports of a unanimous commitment to resign in the event of a successful acquisition bid, and accused the Board of using renumeration payment as an ‘anti-takeover policy’ to avoid considering a deal.

Covéa has stated that it intends to comply with a commitment made in April 2016 not to increase its shareholding in SCOR beyond the threshold of 10% for a period of three years.