Digital technologies and development finance are swiftly building re/insurance solutions in countries most vulnerable to climate change, and cutting out the need for reliance on non-existent or flailing public-private partnerships, said Lars Thunell, chairman of African Risk Capacity Insurance, at the African Development Bank meetings in Ahmedabad. 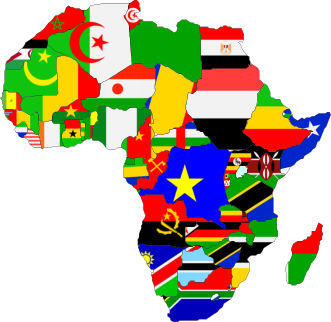 Speaking to Development Finance, Thunell said; “I think a lot of countries just don’t have the regulatory frameworks for PPP. Then you need to coordinate all the ministries and the private sector, and account for cultural differences that will arise also.

“Everyone always thinks the other side is going to take all the risks. The good news for Africa right now though is the technological revolution taking place.

“You’re going to find much more of a distributed system where there is Internet for all and farmers getting market prices via their phones.

“I think that, to a large extent, we’re going to move away from the big power projects and into distributed solar-powered mini grids. That way, you don’t really need government. You can just have entrepreneurs.”

And as demand for cover gradually increases, the market could move towards CAT bond purchase:

“Once our volumes are bigger, we’ll access the markets directly through a CAT bond, which is an instrument widely used already. As we move further away from singular year insurance to several year insurance, which I think will happen, then CAT bonds will be more important.”

Thunell said awareness campaigns for disaster resilience solutions were helping to increase re/insurance penetration: “We work towards this at three levels. One is public awareness, social media, what have you. The second is working within the African Union, of which the ARC is after all an entity. Thirdly, we talk to the various countries we work with about the benefits of insurance.”

“We started with countries in West Africa. This year we’re adding Chad, and building up more trust between ourselves and African states. However, I think that if you are a finance minister with already tight budgets, paying premiums is tough. That’s why we’re working now with the African Union and the African Development Bank, from whom we’re trying to get at least part of the premium funded in order to taper it off over time.”

However, even as digital technologies and awareness campaigns improve disaster resilience levels – without the funds to purchase cover on a large-scale – the question of the sagging bottom line remains an issue for resilience building in emerging markets.

This is where development finance institutions come into play; “We’re having similar discussions to those we’ve had with AfDB with DfID and KfW. Together DfID and KfW, on behalf of BMZ, have committed about US$200 million and paid in about US$100 million.

“That is a capital loan of 20 years without interest, which we will have to pay back in 20 years. Part of the loan is a gift or grant, the other part is a true loan. We’re also looking into working with the World Food Programme.

“The idea they have is to double up on the insurance taken out by another party, so they get twice as much insurance for the same amount of money. That’s a programme we call ‘Replica’, since it’s about replicating the insurance.”

Demonstrating how re/insurance programmes have already proven their worth, with knock-on effects rippling out not only within local economies, but across the global economy, Thunell said; “A couple of years ago in West Africa we helped around 1.3 million people by paying out for disaster relief in the form of seeds for farmers, as well as food for livestocks.

“We’ve since done a study on the people who received those benefits and we found that this helped 40 percent of the farmers to stay on their farm.

“One of the worst things that happens after a natural disaster is that farmers are forced to leave their farms and migrate to the city, which goes straight to the cause of the refugee problem.

“This was an effective way of allowing people to stay though being in a time of need.”

And as these markets grow, large-scale demand for lines of business such as crop insurance and cyber will emerge, and in turn, fuel demand for reinsurance risk transfer.

According to a recent report by EY, the average real global re/insurance industry growth rate will increase by 3.7% over 2016 to 2018 – and this growth is being led primarily by booming developing and emerging markets.