Donegal Group has reported its financial results for Q1 2021, showing an increase of net income which came to $10.5 million compared to $3.7 million for the prior year period. 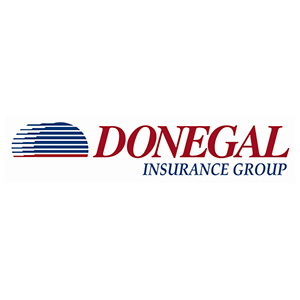 For Q1 it reported a combined ratio of 98.5% compared to last year’s 97.0% showing a slight deterioration, although still profitable.

The group also announced net investment losses of $8.4 million, decreasing to 2.469 million from 10.695 million for the year prior, this was due to unrealised losses in the fair value of equity securities held at March 31, 2020.

“We achieved significant increases in net income, earnings per share and annualised return on average equity, which included a mark-to-market shift from a substantial net investment loss for the prior-year quarter to a net investment gain on equity securities we held at March 31, 2021.

“Donegal Group achieved net premiums written growth of 8.9% during the first quarter of 2021, with 18.7% growth in our commercial lines business segment, compared to the prior-year quarter. We began to include commercial premiums from four Southwestern states in our consolidated revenues for 2021.”

Commercial property fires accounted for the increase compared to the prior-year quarter.

The increase in commercial fires were due to additional stress placed on heating and electrical systems during cold weather conditions during the winter period.

Jeffrey Miller, Executive Vice President and Chief Financial Officer, added: “Our insurance subsidiaries achieved a combined ratio of 98.5% for the first quarter of 2021, reflecting a 1.5 percentage point increase over the combined ratio for the prior-year quarter. While below-average weather-related losses were comparable to the prior period, higher-than-normal large fire losses adversely impacted our commercial multi-peril results. “