Legacy acquirer Enstar Group Limited has announced that its Chief Financial Officer (CFO) and principal accounting officer, Guy Bowker, has informed the company of his intention to resign. 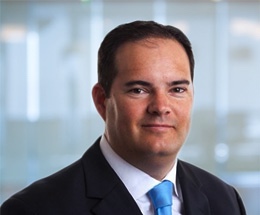 Enstar states that Bowker will remain with the firm for an extended period (expected to be until March 2021) in order to ensure a smooth transition of his responsibilities.

He took over as CFO of Enstar from Mark Smith at the beginning of 2018, having joined the company in September 2015 as Chief Accounting Officer.

Prior to Enstar, Bowker served as Senior Vice President and Controller of Platinum Underwriters from 2010 to 2015, and Director of Finance for AIG in Bermuda from 2007 to 2010. Before AIG in Bermuda, he served at Deloitte for seven years within its Assurance & Advisory practice.

The announcement comes soon after the departure of Sandra Boss, who had been a director at the company since 2015, from its board of directors.

Enstar, a Bermuda domiciled re/insurance, run-off and legacy specialist, recently entered into a novation agreement with affiliates of ridesharing company Lyft, Inc. Additionally, one of its wholly owned subsidiaries has entered into an ADC reinsurance arrangement with Aspen Insurance Holdings Limited.