As the Lloyd’s of London wades into a pivotal phase of digital transformation, key industry executives speaking at the 2019 Reinsurance News Monte Carlo Rendezvous Roundtable reflected on how and why the marketplace will remain key to the industry for years to come. 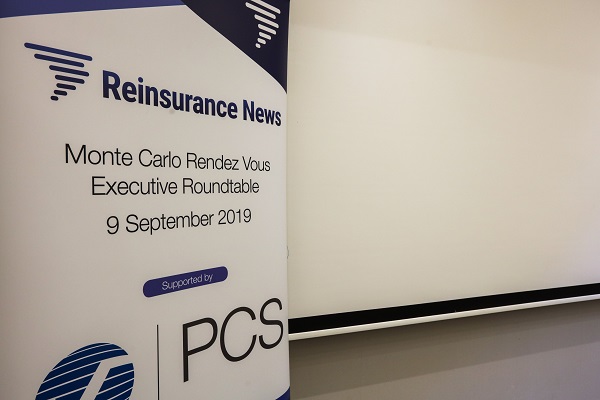 “I think over the course of the last 350 years the epitaph of Lloyd’s has been prematurely written several times and I would say that this feels no different to me,” explained Ed Hochberg, Head of Global Capital Solutions at Guy Carpenter.

“Lloyd’s is at a bit of a crossroads but they’ve been at worse crossroads and has always somehow managed to reinvent itself to demonstrate the value in the marketplace.”

Hochberg noted how commodity business doesn’t fit well within Lloyd’s due to the high cost inherent to the marketplace.

“It’s expensive because you have to hire smart people to make it work. I’m pretty bullish on Lloyd’s in the long run, it’s good to take stock and ask yourself some serious questions, but I would not bet against Lloyd’s.”

RFIB Chief Executive Officer Steven Beard echoed that thought, commenting on his belief that Lloyd’s will prosper if it focuses on its historical strengths as a market of last resort and a leader in highly specialist and innovative risk transfer. Its cost base, he added, is misaligned for commodity.

“I think what I’ve observed in Lloyd’s over the last couple of years,” added Mike Mitchell, Head of Property & Specialty Underwriting at Swiss Re, “is that while for everyone involved in the process it has been quite painful, it has been fundamentally healthy.

“The Decile 10 review process, trying to identify where the portfolios and segments are that are not generating value and the process of reducing the amount of capital that is deployed into those segments has had a very beneficial effect in bringing some of those market segments back into a more sustainable proposition.”

Mitchell stated that, while in some areas there’s still more work to be done, if Lloyd’s continues steering capacity towards businesses that are demonstrating their capability to deploy in a long-term sustainable way, and generate real shareholder value, it’s going to cement itself in the discussion.

“I think everyone knows that Lloyd’s is going to look really different in a few years’ time at this point,” concluded Sean Bourgeois, CEO & Founder of Tremor Technologies.

“We are in the very first innings of what has happened broadly in financial services, but the game has definitely started for re/insurance.”

“In Tremor’s view, Lloyd’s will continue to be an important market and will adopt many of the initiatives outlined in its blueprint.

“We believe it will need to be welcoming to technology companies that are fast, nimble and very good at building software vs. trying to build and own everything themselves.”

Ratings agency AM Best has placed specialty re/insurer Argo under review with negative implications due to “diminished credibility” among shareholders....