The previously-announced acquisition of Jardine Lloyd Thompson (JLT) by Marsh & McLennan Companies (MMC) has been approved by the European Commission. 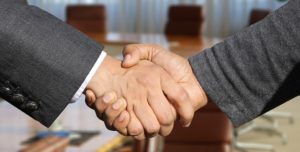 The Commission examined the proposed deal’s effect on competition in markets where the two companies’ activities overlap.

This includes the supply of insurance broking services for specialty sectors – such as energy, aircraft operators, aerospace manufacturers and space – and the provision of employee benefits-related services.

Subsequently, it was decided by the Commission that the proposed acquisition would result in significantly reduced competition in the insurance brokerage markets for the specialties of Aircraft Operators and Aerospace Manufacturing.

It would appear as though Arthur J. Gallagher’s recent purchase of JLT’s aerospace operations was designed as a solution to these findings.

Following the sale to Gallagher, the Commission concluded that the proposed transaction, as modified by the commitments, would no longer raise competition concerns in the European Economic Area.

The Commission also looked into insurance broking for other specialty markets but did not identify any competition concerns.

Add lastly, no competition concerns were identified in regards to the provision of employee benefits-related services because a sufficient number of alternative suppliers are present, and the companies are not close competitors.

Losses resulting from the recent Ethiopian Airlines crash and subsequent grounding of Boeing’s 737 Max 8 aircraft have the potential...