Florida Governor Ron DeSantis has approved the recently proposed reforms to assignment of benefits (AOB) practices in the state, signing a bill to officially bring them into law. 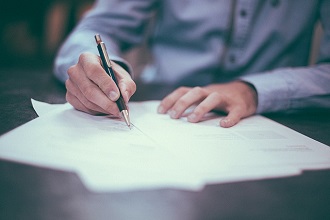 The Florida Legislature passed the reforms in April in an effort to stabilise the recent explosion in AOB litigation and provide policyholders with the tools to protect themselves against predatory vendors.

AOB agreements allow policyholders to give up their insurance contract rights to third-parties in exchange for quick repairs, and relief from the hassle of dealing with claims.

However, critics have claimed contractors abuse these agreements to inflate repair bills and launch frivolous litigation.

“I thank the Florida Legislature for passing meaningful AOB reform, which has become a racket in recent years,” DeSantis said in a statement. “This legislation will protect Florida consumers from predatory insurance practices.”

“HB 7065 establishes important consumer protections for property insurance policies by setting forth requirements for the execution, validity and effect of such agreements, and creating a formula that will determine which party, if any, receives an award of attorney fees should litigation related to an assignment agreement result in a judgment,” the Governor’s Office explained.

Insurance Commissioner David Altmaier also commented: “We commend the Governor for his leadership in signing the recently passed AOB legislation and look forward to the relief it will bring to Florida’s insurance consumers.”

Barry Gilway, President, CEO and Executive Director of Citizens Property Insurance Corp., further stated: “I want to thank Gov. DeSantis for his quick action on this much-needed piece of legislation. This new law represents a major step forward in our efforts to stem rising premiums caused by unnecessary litigation and assignment of benefits abuse. It is going to make a difference.”

Logan McFaddin, Florida Regional Manager for the American Property Casualty Insurance Association, added: “Bad actors will no longer be able to take advantage of homeowners. This law will protect Florida home and business owners alike from bad actors who are taking advantage of them and our legal system just to put more money in their own pockets.”

Furthermore, Jeff Grady, President and CEO of the Florida Association of Insurance Agents, stated: “FAIA and our coalition partners have been advocating for AOB reform for nearly seven years, and today’s bill signing is a huge win for insurance consumers across our state. We thank Gov. DeSantis for recognizing the importance of AOB reform and signing HB 7065 into law.”

Finally, William Stander, executive director of the Florida Property & Casualty Association, said: “Finally, with the signing of HB 7065, homeowners will be armed with valuable tools to protect themselves against predatory vendors who pressure them to sign over their valuable insurance policy rights. This new law puts homeowners back in control.”

Fractal Industries Inc. has announced the launch of a new managing general agency (MGA) to provide insureds with a single...