Data for July 2022 from Florida’s largest P&C insurers shows the number of new litigated claims dropped 4% from June’s results, according to CaseGlide. 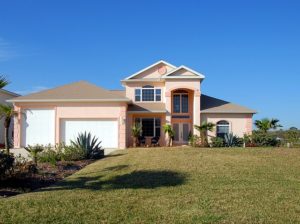 It said in a statement: “Of the 16 largest Florida insurers we regularly monitor, five recorded a month-over-month increase in July, with one showing an increase of 29% month-over-month and the remaining four showing increases between 1% and 11%. Of the nine insurers showing month-over-month declines, six were less than 15%, three were between 30% and 50%, and one, Southern Fidelity, produced no new litigated claims as they were declared insolvent on June 15. One additional organization showed no gain or loss for the month.”

It added: “For Notices of Intent to Initiate Litigation (NOIs) received by the same insurers, July figures reflected a small drop month-over-month from 3,045 in June to 2,986 in July. AOB cases as a percentage of total new litigated cases jumped yet again in July to 41%. AOB percentages of new litigation is higher than at any time in the past 18 months. Miami-Dade County continues to lead the state in percentage of new litigation at 25%, followed by Broward at 16%, Orange at 7%, Palm Beach at 7% and Hillsborough at 6%.”

These latest figures are consistent with previous months with changes that have swung between increases and decreases.

In July, CaseGlide said that the number of litigated cases rose 5% between May and June. At the time, it said that June’s total of 4,261 was up from May’s results of 4,047 and in line with a pattern seen since January for new litigated claim figures hovering between the low to mid 4,000s.

Despite a drop of 14% between April and May and a decrease over February of 11%, the figure rose in March by 12%.