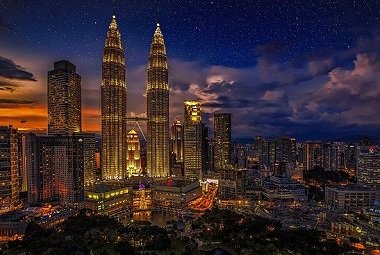 Alongside the Axa deal, Generali said it had completed a deal to take full control over its Malaysia joint venture, MPI Generali Insurans Berhad, after buying out Malaysian firm Multi-Purpose Capital Holdings Berhad.

Jaime Anchústegui Melgarejo, CEO International of Generali, said: “The transactions are fully aligned with Generali’s ‘Lifetime Partner 24: Driving Growth’ strategy to strengthen our leadership position in high potential markets. We are now one of the largest General Insurance players in Malaysia – a country with strong potential for further growth thanks to economic development and its current low-insurance penetration.”

The Italian insurer plans to merge Axa businesses with its own local operations to create a single, unified entity, Generali Malaysia, which is set to launch in early 2023.

Rob Leonardi, Regional Officer, Generali Asia said: “Thanks to the hard work and dedication of our people we are excited to move onto the next phase of consolidating our position in Malaysia, a high potential market for Generali in Asia.

“This is a unique opportunity to combine our talents and resources to create a unified brand that will have the scale, breadth, and capabilities to compete more effectively and profitably in the Malaysian insurance market, and provide greater value for our customers.”