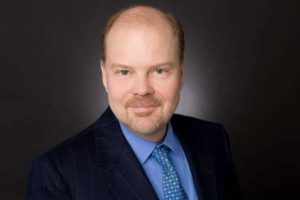 The firm recommends that shareholders vote to install Charles Dangelo and Nicholas Walsh to Argo’s Board, whilst at the same time recommending that current Chairman Gary Woods be removed.

Argo do, however, agree with Glass Lewis’ conclusion that the company has, “delivered TSR performance that is in-line with peers or, alternatively, considerably outperformed relative to peers over the last three and five years.”

Concurrently, and also in a statement released today, Voce says Glass Lewis affirms its views on several of Argo’s “inferior” corporate governance practices and the need for change at the company, specifically regarding Argo’s corporate expenses and Board oversight.

“Glass Lewis also endorsed many of the ideas to unlock shareholder value at Argo that Voce has presented. In reaching its conclusion that shareholders should back Voce’s case for change at Argo,” Voce’s statement reads.

A back-and-forth between the two companies has been ongoing since February of this year, when Voce accused Argo’s Chief Executive Officer, Mark E. Watson III of perpetuating “shockingly high and shockingly inappropriate” corporate expenses over the last decade.

The Reinsurance Solutions arm of Aon, reinsurance broker Guy Carpenter and other industry partners, including RenaissanceRe and Everest Re, have...