Analysts at Aon have reported that global reinsurer capital increased by 4% year-on-year to a new high of $650 billion at the end of 2020. 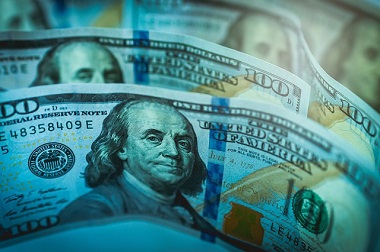 According to Aon, the increase was driven by strong capital market recovery from the COVID-19 shock in the first quarter, new equity issuance and US dollar depreciation.

This calculation is a broad measure of the capital available for insurers to trade risk with and includes both traditional and alternative forms of reinsurer capital.

Aon previously reported that global dedicated reinsurer capital had rebounded to its pre-pandemic high of $625 billion by the end of Q3 2020, consisting of $533 billion in traditional capital and $92 billion in alternative capital.

By the end of 2020, traditional equity capital pushed on to a new peak of $556 billion, the broker found, but assets under management in the alternative capital only reached $94 billion.

This means that alternative capital assets fell by 2% during 2020, and analysts note that funds actually available for deployment are somewhat lower than the headline figure would suggest, due to the retention of collateral in the wake of recent major loss events.

Across the reinsurance sector, retained earnings were generally weak last year, driven by the impact of COVID-19 on both sides of the balance sheet, coupled with continued high frequency of natural catastrophe activity.

Accordingly, the 4% growth in capital has been largely attributed to the depreciation of the US dollar in the fourth quarter, particularly against the Euro which is the reporting currency of a number of the larger global reinsurers.

At constant exchange rates, Aon estimates that underlying growth was around 1%, driven by unrealized gains on bonds relating to reductions in interest rates, a decline in the amount of capital returned to investors due to the uncertainty caused by the pandemic, and around $15 billion of new equity issuance.