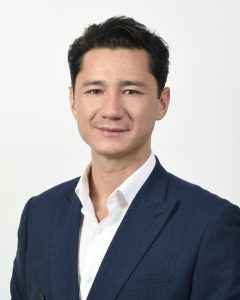 Reporting to Tim Duffin, Chan will underwrite a broad portfolio of casualty and professional lines business including several specialty classes.

He began his career in London in Brit’s graduate program, gaining experience in underwriting, actuarial and claims before becoming a casualty treaty underwriter.

In this role, Chain focused on the London international reinsurance and retrocession market, and specialised in professional indemnity, financial institutions, directors’ and officers’ liability, general liability and motor, as well as various specialty lines.

“This is a well-deserved promotion,” said Kathleen Reardon, Chief Executive Officer (CEO) of Hamilton Re.

“Liam has been key in the development of our casualty and specialty portfolios,” Reardon added. “His commitment to Hamilton, business acumen and professional growth have impressed all of us. It’s a pleasure to have him on the team.”

The announcement also follows the recent appointment of Hiscox Re’s David Roache as SVP, Head of Risk XS at Hamilton Re.

Significant insured losses are expected to arise from a storm that hit the city of Sydney, Australia this morning, bringing...