As Hannover Re prepares for upcoming renewals, the reinsurance giant believes the uncertainty left by hurricanes Irma and Harvey will push up prices for segments of North American business as well as create new opportunities for reinsurance as the devastated regions’ economic losses highlight the U.S. flood protection gap. 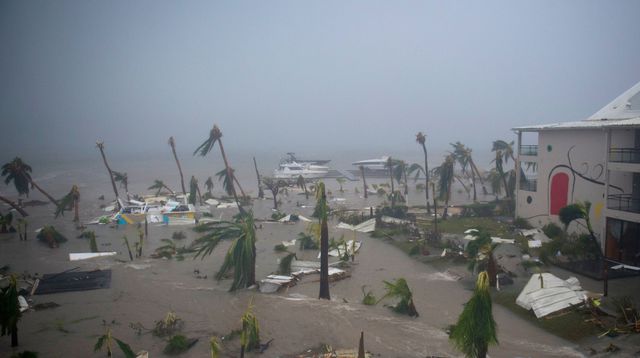 Hannover Re Executive board member Michael Pickel said at the Monte Carlo RVS conference press briefing that the trend seen at the last renewals where prices were raised due to higher losses will likely continue “due to the fact that many aspects are uncertain and we think maybe business interruption will be a prominent issue for the property segment and so far expect at least for a segment of North American business a hardening of the market and in any case increases as well in prices.”

The Hannover Re Executive commented that with the hurricane season being only halfway through, the final impact of the hurricanes on rates and pricing would be difficult to assess, but that it would likely spark the debate on flood risk; “in the U.S. they’ll be thinking about the protection gap in the flooding area. I see here more reinsurance opportunities to come in the future.

“I see chances and opportunities from the facts that we have now seen two Hurricanes and so far there’s lots of thinking about back-up covers and I’m sure we will play in these efforts and have some interesting discussions here in Monte Carlo on these topics.

“My observation is that in the segments of the non-cat business, we have seen improvements of the ceding conditions.

“What I foresee for the moment is that it’ll add many aspects to risk management, because Houston, for example, where hurricane Harvey occurred is after New York the most industrially exposed area and I think for lessons learnt it looks like hurricane Harvey could be the biggest loss for the automobile sector because I think more than 5 million cars have been destroyed; and that’s another aspect of risk management, accumulation and reinsurance buying.”

After Hurricane Katrina struck in 2005, Hannover Re significantly reduced its Florida exposures, choosing to emphasize its underwriting in more diversified exposures.

Hannover Re Chief Executive Officer, Ulrich Wallin, said;  “today our reinsurance market share in Florida is probably less than half of what our worldwide market share would be, and that is maybe well below 2% in Florida.”

He added that ensuing losses for Hannover Re would be further moderated as “Hurricane Irma didn’t take the most expensive track, at least according to the models, there is still a large loss budget remaining for Irma and our retrocessional covers are pretty much fully intact.”

Although on a local basis, the hurricanes are likely to affect prices, on a global basis, little change is forecast to the market environment in property and casualty reinsurance.