To help pay for claims from hurricanes and earthquakes, and to free up capital for opportunities that may emerge at renewals, Hannover Re has sold its entire stock portfolio, worth about EUR 953 million. 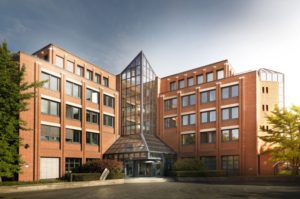 Hannover Re reported EUR 1.6256 billion of gross large losses for the first nine months of 2017, but after the firms’ retrocessionaires had taken their share the net loss expenditure dropped to EUR 894 million.

It was “time to realize the gains in our portfolio of listed equities,” Chief Financial Officer Roland Vogel told Bloomberg.

With many global stock markets reaching records in recent years, according to Bloomberg, the reinsurer booked a gain of EUR 223.3 million in the third quarter on the sale of its stock portfolio.

After Hannover Re’s net income fell to just EUR 14 million for Q3, down from EUR 304 million for the same period last year, the EUR 223 million gained will help the firm rebalance its low net income for the quarter, saving the firm from reporting a loss.

The reinsurer said that it “can use the capital thereby released to act on emerging business opportunities.”

Hannover Re shares have risen by about 6% in 2017, increasing the company’s market value to EUR 13 billion.

Artemis explained that the reinsurer sold these equities partly in response to its large losses, but also due to “tactical considerations” which suggests the reinsurer sees opportunities that it would need additional capacity for at the forthcoming renewals.

Looking ahead, the reinsurer said; “recent loss events should cause market conditions to improve again for reinsurers. Rates for catastrophe risks, in particular, are now likely to move higher and should generally prompt positive movements in other lines as well.”

The decision to sell its entire stock portfolio means the reinsurer can use the money to fully utilise opportunities for increased reinsurance demand and pricing which are expected to follow the record global industry losses from Q3 events which were largely passed on to reinsurers.

In addition,  Hannover Re’s stock sale frees the firm from needing to set aside reserves to protect against the risk of a stock-market crash – freeing up further capital for use in business development and growth.

In response to a recent review of the European Motor Insurance Directive (MID), the International Underwriting Association (IUA) has called...